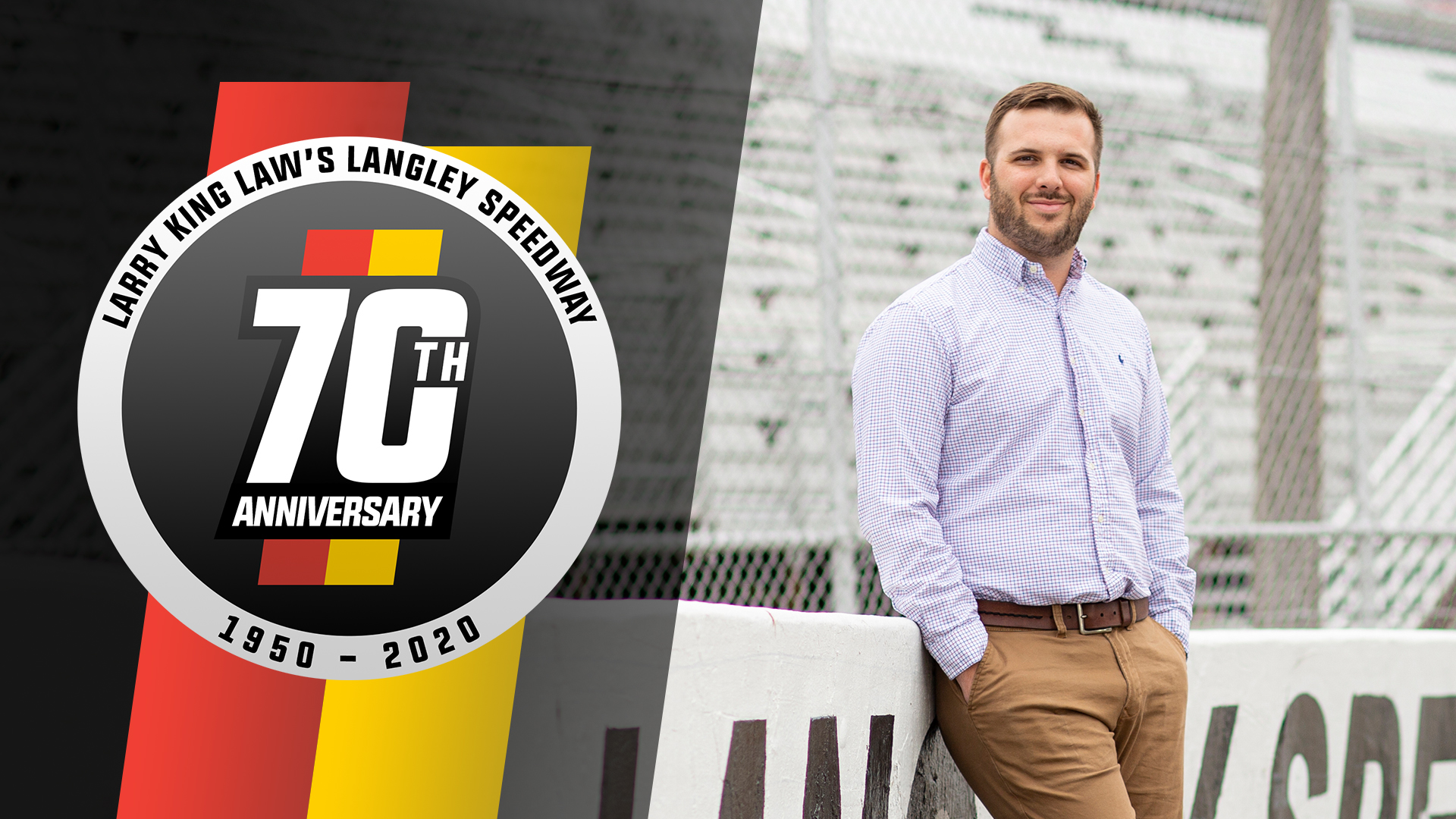 HAMPTON, Virginia – As Larry King Law’s Langley Speedway enters its 70th season of racing in 2020, it will usher in a new generation of management to launch the Hampton, Virginia track into a new era.

Crittenden, 28, is among the youngest to serve in this role in the NASCAR Roots Division and succeeds Chuck Hall, who will remain a part of the speedway team.

“Vaughan is like a racehorse,” Mullis said of Crittenden, who has served as the track’s Director of Media since 2013. “We just need to saddle him up and let him loose.”

Hailing from Middlesex County in Virginia, Crittenden earned his undergraduate degree in Media Arts and Design from James Madison University, concentrating in digital video and cinema and minoring in Sports Communications.

Immediately after college, Crittenden worked as a photojournalist for WHSV before founding his own video production firm, Riverdale 24 Productions, where he produced promotional videos for commercial clients and provided marketing support to organizations on the integration of strategic video content.

In 2017, he joined the Richmond Raceway team as its Manager of Communications where he led the video efforts of the NASCAR track, producing national commercials, and developed a video series narrated by legendary broadcaster and NASCAR Hall of Famer Ken Squier. In that role, he also worked closely with the marketing teams at the Daytona 500, Talladega Superspeedway and Martinsville Speedway, as well as consulted with professional athletes and their public relations teams on promoting upcoming events.

Coming to Langley Speedway in this new role, Crittenden said, is a lot like coming home.

While his career has taken him to large NASCAR tracks across the country, Langley Speedway is where he “spent most Saturdays and Sundays since 2004,” said Crittenden.

Shortly after getting hooked on watching racing as a young boy in the 1990s, Crittenden caught the “racing bug,” immediately fell in love with the sport and got behind the wheel himself.

“I’ve always been blown away by the sights and sounds of the track,” Crittenden said. “It’s huge. It’s exciting. It’s full of energy. From the first very race I saw live in Richmond, when I felt the cars going by and smelled the fuel, I was hooked.”

Crittenden started racing with the Hampton Roads Kart Club and spent his early driving career working his way up the ranks.

That was when Mullis first met Crittenden.

“His mom used to bring him over and drop him off at my house with his go kart,” Mullis said. “He didn’t know a thing about racing, and couldn’t turn a wrench.”

Mullis became Crittenden’s crew chief and helped him race over the years, and in return Crittenden would work in the pits for Mullis, who formerly raced.

Eventually, Crittenden’s ability outside the kart became evident to Mullis and “I could see how he had so much depth, was truly an artist, and was filled with talent outside of just helping me turn wrenches.”

Crittenden said he’s looking forward to taking his experience as a driver, a spectator and working on the marketing and promotions of larger tracks to “bring Langley into the next generation. It’s ready for a new image, to move forward into a new era, and for new programs to enhance the fan experience.”

“We have a great opportunity here and now to grow Langley Speedway’s presence nationwide, while also developing stronger connections and partnerships throughout the community and state,” Crittenden said.

Langley Speedway’s racing season officially kicks off on March 28 and its annual Day of Destruction – a demolition derby event – will be held on March 7.