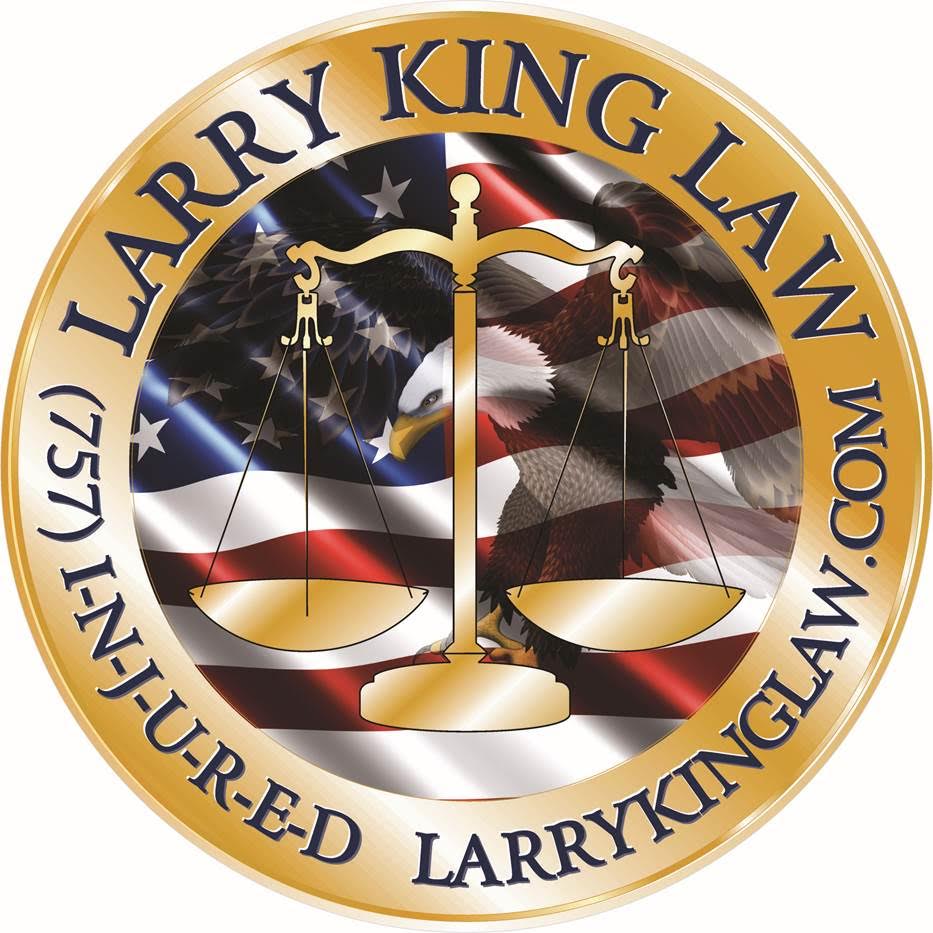 In a pairing that will enhance NASCAR racing in Hampton Roads for years to come, the Larry King Law Firm has become the official entitlement sponsor of Langley Speedway in Hampton, Va. Effective immediately, the legendary track adjacent to NASA and Langley Air Force Base will be LARRY KING LAW’S LANGLEY SPEEDWAY. The multi-year agreement was announced today by speedway owner/president Bill Mullis and long-time Peninsula attorney Larry King.

The new affiliation makes the North Armistead Avenue facility the first NASCAR-sanctioned track in Virginia with a corporate sponsorship. In fact, only a handful of tracks in NASCAR’s far-reaching family have such sponsorships. The best-known is Charlotte Motor Speedway, which operated for 11 years as Lowe’s Motor Speedway. Currently, the superspeedway at Fontana, Ca. is affiliated with the Auto Club of Southern California and the road course near Bowmanville, Ontario, Canada operates as Canadian Tire Motorsports Park.

After working tirelessly to reopen the track this spring after it was closed in 2016, Mullis was bursting with pride at the announcement. “This is truly a great day for Larry King Law’s Langley Speedway and its competitors and fans,” Mullis said. “In these trying economic times, it’s gratifying to find a corporate partner who loves racing as much as we do and is willing to support what he loves. Larry and his office staff have been loyal supporters of the speedway for years, with billboards, a skybox, and race-night sponsorships. This multi-year agreement takes their support to a new level, a level that will assure fans in Hampton Roads of continuing to enjoy the best facilities, the best competition, and the best hospitality of any short track in America. I’m honored and excited to welcome Larry and his law firm into the family.”

King is equally excited about partnering with one of the country’s best-known and most highly respected weekly motorsports facilities. “All of us at the Larry King Law Firm are proud to be associated with the professional staff at the iconic Langley Speedway,” said King, a long-time stock car racing fan. “Langley is one of the hallmark sports venues in Virginia, so everyone at our firm is thrilled to be named as title sponsor of this historic track. Bill did a masterful job of acquiring the track in the off-season, then he and general manager Chuck Hall and their staff – and all the volunteers who helped – did a terrific job getting it race-ready in just a few weeks. That speaks well of their team, and we’re proud to be joining such an exceptional group of men and women.”

Hall has worked closely with King for years, and has always admired King’s loyalty to NASCAR racing in general and the speedway in particular. “Larry is the kind of guy who’s always been willing to work with us to help the speedway be even better,” Hall said. “It’s obvious he loves racing and has a special place in his heart for what is now Larry King Law’s Langley Speedway. I can’t think of anyone whose name and company I’d rather have associated with this historic speedway than Larry’s. It has a nice ring to it, doesn’t it: Larry King Law’s Langley Speedway? I’m confident this relationship will continue for years and be great for both Larry King and the speedway.”

Larry King Law’s Langley Speedway is one of NASCAR’s oldest and most successful weekly tracks. It opened in the early 1950s as Dude Ranch and since then has operated virtually every weekend (except for 2016) from early spring into late fall. Most of NASCAR’s greatest drivers have raced there in one series or another. Between 1964 and 1970 it hosted nine Monster Energy NASCAR Cup Series races won by Hall of Fame drivers David Pearson (three times), Richard Petty and Ned Jarrett (twice each), and Bobby Allison and Bobby Isaac (once each). There were years when such stars as Darrell Waltrip, Cale Yarborough, Buddy Baker, Rusty Wallace, and Geoffrey Bodine came to Larry King Law’s Langley Speedway for special events. Among other NASCAR stars who raced there: Dale Earnhardt, Dave Marcis, Jim Paschal, Donnie Allison, Junior Johnson, Benny Parsons, Wendell Scott, Buck Baker, Pete Hamilton, James Hylton, and Marvin Panch in the Wood Brothers’ iconic No. 21 Ford. Tiny Lund, Ray Hendrick, and Harry Gant – all among NASCAR’s 50 greatest drivers – also competed at Larry King Law’s Langley Speedway, as did former Xfinity champions Sam Ard, Tommy Ellis, Larry Pearson, and Rob Moroso.

Larry King Law’s Langley Speedway currently hosts NASCAR’S K&N East and Whelen Modified events in addition to weekly features that rotate among its 11 divisions. For more information about the track and its programs call 757-865-7223 or log onto www.langley-speedway.com