Hampton, VA (7-06-19) Continuing on with the 2019 race season, the momentum from last week’s race action produced fierce racing along with fiery tempers that likely could carry over in this week’s race action. Providing much of the great racing as well as the tempers were the Riverside Paper Pro Six’s who were back this week to do battle. ERA Real Estate Champ Karts were also on the race schedule in a heated up series points battle. Twin race action from the Old Skool Video Games Super Streets is always thrilling and welcoming back to Larry King Law’s Langley Speedway, the Virginia Sprint Cars. Capping off the fun filled, family entertaining evening would be a dazzling firework display in salute of our nations Independence. Here’s a recap of the race action and how it all came down. 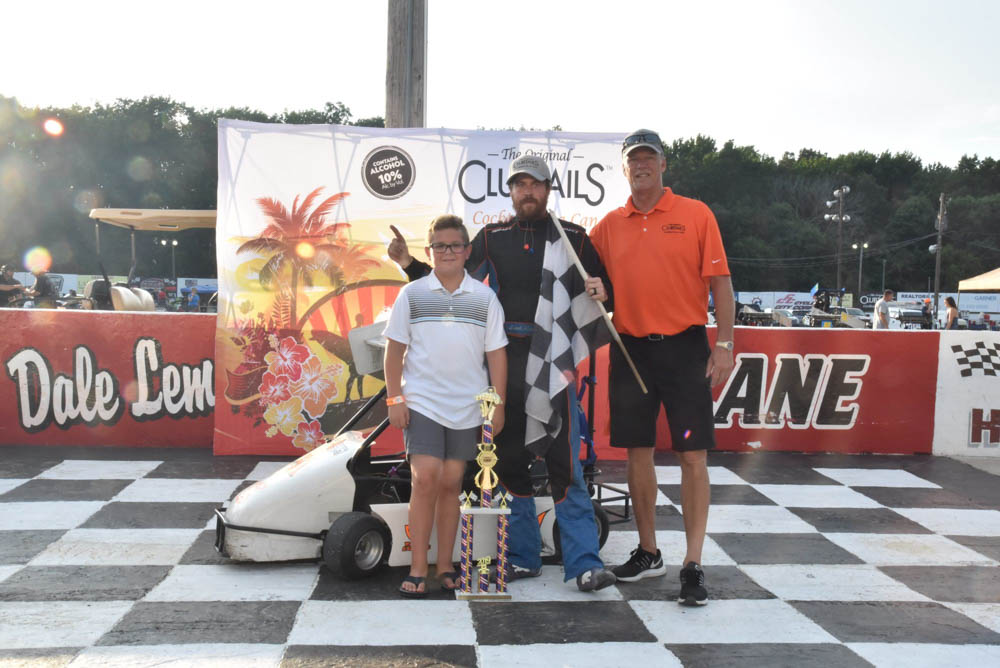 ERA Real Estate Champ Karts 20 Laps: Matthew Leach had the fast lap in Champ Kart qualifying by earning the series pole with his 22.951 second lap. Division points leader Aaron Leach would get the second starting position in row one as Jeffrey Johnson, Chris Bechtel and Garry Osborne made up qualifying’s best. The green flag was shown to the twenty one kart field and coming around to lead lap one would be the pole sitter Matthew Leach. Jeffrey Johnson bettered one spot in the same first lap to second followed by Aaron Leach in third. While the shuffling for the rest of the positions were still in play, caution took to the track setting up its first restart. Back to the green, race leader Matthew Leach, Jeffrey Johnson and Aaron Leach broke away from the rest of the field in a three car tandem. The second group of Jake Harberts, Danny Millard among others were all battling for spots side by side. But at the halfway, the leaders clearly were getting away and well ahead of the rest of the field. Late laps in the race and its was the top three, all nose to tail to settle the feature. Last lap, leader Matthew Leach would hold his line and could not be passed, Matthew Leach wins the Champ Kart feature by a margin of .080 seconds. Matthew Leach had this to say, “Everything is wonderful, we work on each other’s equipment, we push each other to work hard (speaking of brother Aaron Leach). Quite honestly, he was my saving grace, when he slipped into third, Jeffrey had nowhere to go but stay loyal. It just feels good to get the monkey off my back for two years”. 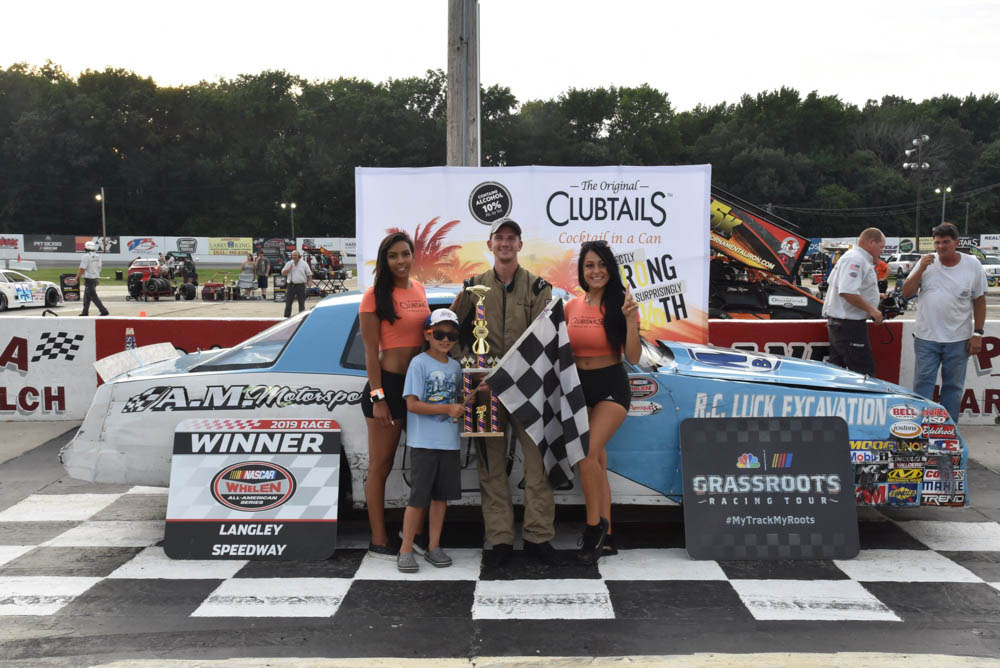 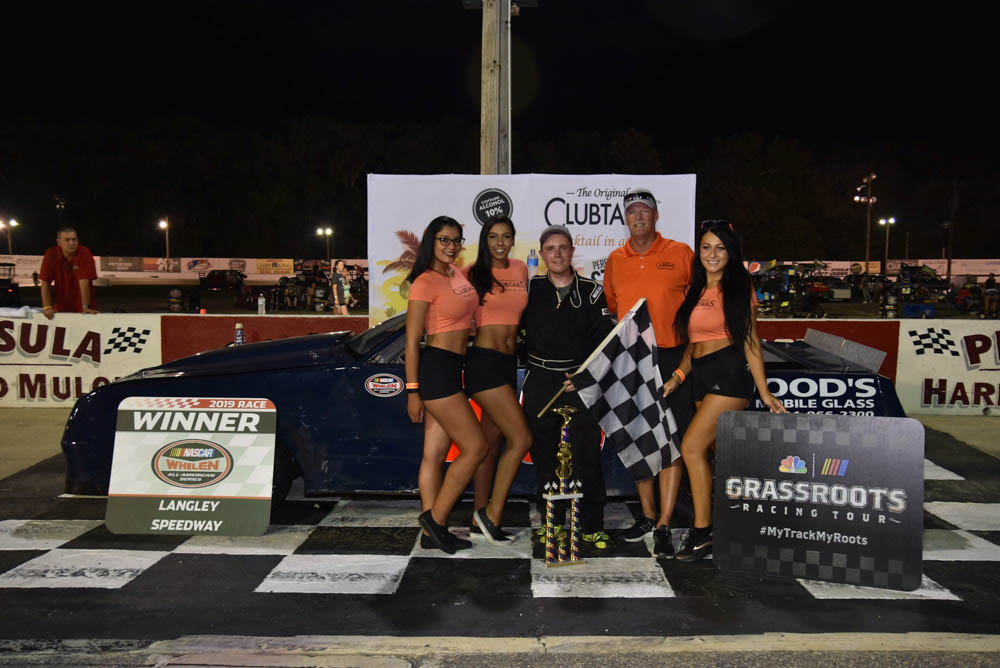 Old Skool Video Games Super Streets Twin 30’s: Renno Marchetti put his rocket on the pole with an 18.700 second lap. Landon Abbott earned the two spot on the grid just sixty six thousandths of a second off the pole setting lap. Gordon Weeks, Colby Vance and Dale Parro were also fast and made up the divisions five best. Green flag waved to the field and into turn one did the sixteen car grid go. Emerging out of turn two with the lead would be Renno Marchetti then quickly getting in line would be Landon Abbott in second. Colby Vance advanced a position to third when the races first caution occurred when Billy Newman had troubles. Back to the green, Marchetti with the advantage continues to lead and after a brief battle for second, Landon Abbott claims the spot. After another brief stoppage to the race, Marchetti continued to show the way but the best action was seen for fifth as Nick Sample had it and Dale Parro wanted it. While waiting for the spot to be settled, Marchetti the race leader had built a five car length lead. Halfway in the race was more of the same except Marchetti continued to distance himself from second place Landon Abbott when the third caution waved for Caitlyn Joyner. Final restart, Renno Marchetti once again bettered Colby Vance and Landon Abbott when the green flag waved. Final laps saw Dale Parro work his way to third but going on to win would be Renno Marchetti by a 2.085 second margin. Marchetti from Victory Lane, “Gotta save those tires and it’s a noticeable difference once they get hot. Just got to thank everyone for coming out, Bill Mullis for hosting us. Thank everybody who comes out and helps us with what we love to do”.

In the second Super Street feature, the mandatory NASCAR eight car invert puts race one winner Renno Marchetti starting third and on the pole would be Nick Sample. With the green in the air, Sample would lead lap one as outside row one Sean Calway was second. When the dust settled in the back of the field, Colby Vance, Bill Eaker and Gordon Weeks completed the early top five. Still in the early portions of the feature, tempers began to flare as Randy Akers among others were seen bunching up and surprisingly not wrecking. But then the races first caution when Billy Newman comes to a stop on the back stretch. Back to the green, Colby Vance from the outside takes the race lead when another caution occurred this time involving pole sitter Nick Sample. Ensuing restart saw the beating and banging continue and to no surprise, another race caution. After the brief caution just before the halfway, the races new leader would be Landon Abbott. Renno Marchetti and Colby Vance battled for second with Marchetti eventually getting the spot. Battle for fourth was undecided as Dale Parro and Gordon Weeks raced hard with Weeks getting position for the pass. After another caution and with only three laps to go, it would be a shootout for the win. Green would wave and this time, Landon Abbott was on point and pulls away by a margin of .506 seconds to collect the Super Street win. 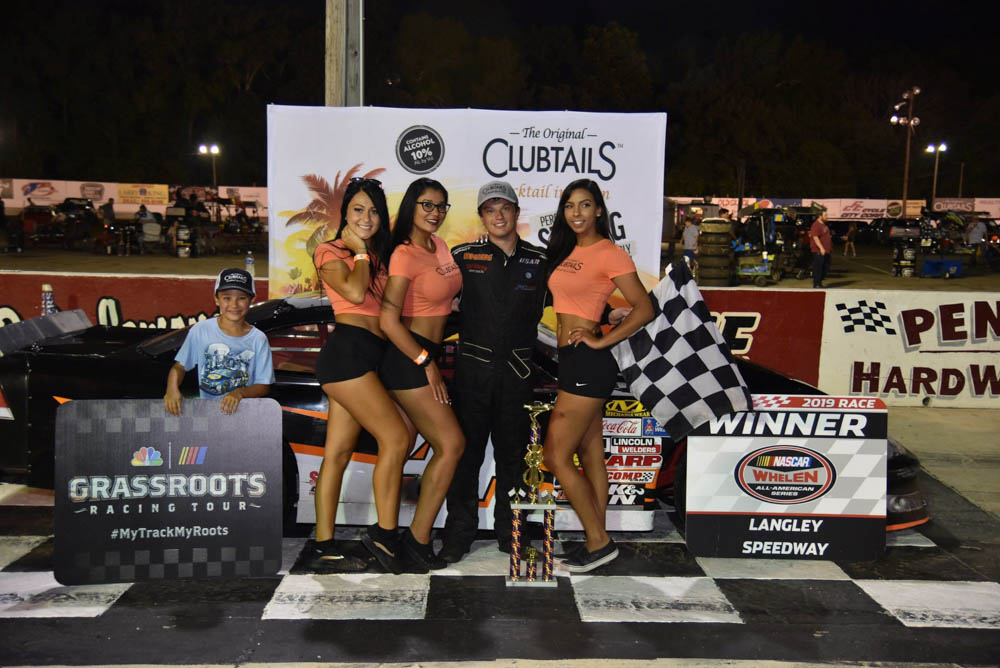 Riverside Paper Pro Six 30 Laps: Eric Schaffer claimed the Pro Six series pole with his 17.382 second effort. Travis Wall would score the shotgun starting spot on the front row as Jason Michaud, Bobby Hall and JB Sipe were the series best in Pro Six qualifying. Green flag started the feature and leading lap one by a nose would be Travis Wall. Suddenly, Jason Michaud comes to a stop against the turn one wall to bring out the caution. With the races first restart, Bobby Hall by a nose would lead lap two but back comes Travis Wall. Side by side, the battle for the lead continued with Travis Wall finally getting the spot. But then comes Eric Schaffer who wanted his turn at the lead as the beating and banging continued at the front. As anticipated, the racing was fierce, patience was at a premium and unfounded so far in the feature to the delight of the fans. Then suddenly, the races second caution in turn three when Jared Clarke, JB Sipe and Debbie Beisecker all crash hard. With the ensuing restart, just before the halfway saw more hard racing. Eric Schaffer, Travis Wall would go at it with Wall getting the credit of leading the lap but then Bobby Hall makes it three wide and takes over the race lead. The hard racing finally came to a boil as Eric Schaffer makes contact with the leader Bobby Hall who comes to a rest in turn three. With Schaffer getting the call to go to the rear for rough driving the race would experience another brief caution as JB Sipe cuts a tire down. Back to another restart and this time the race drama had settled down, Travis Wall would continue to lead. Just behind the race leader was Eric Schaffer and staying in the leader’s mirror. Now in the races longest green flag run, it’s a two horse show as Travis Wall and Eric Schaffer would decide the feature. Final lap in the Pro Six thriller, Travis Wall holds off the Schaffer’s charge and wins the event by .436 seconds. Wall had this to say, “The first nine laps were great, unfortunately we tore up some cars there. Gotta thank my mom, my dad for letting me do this”. 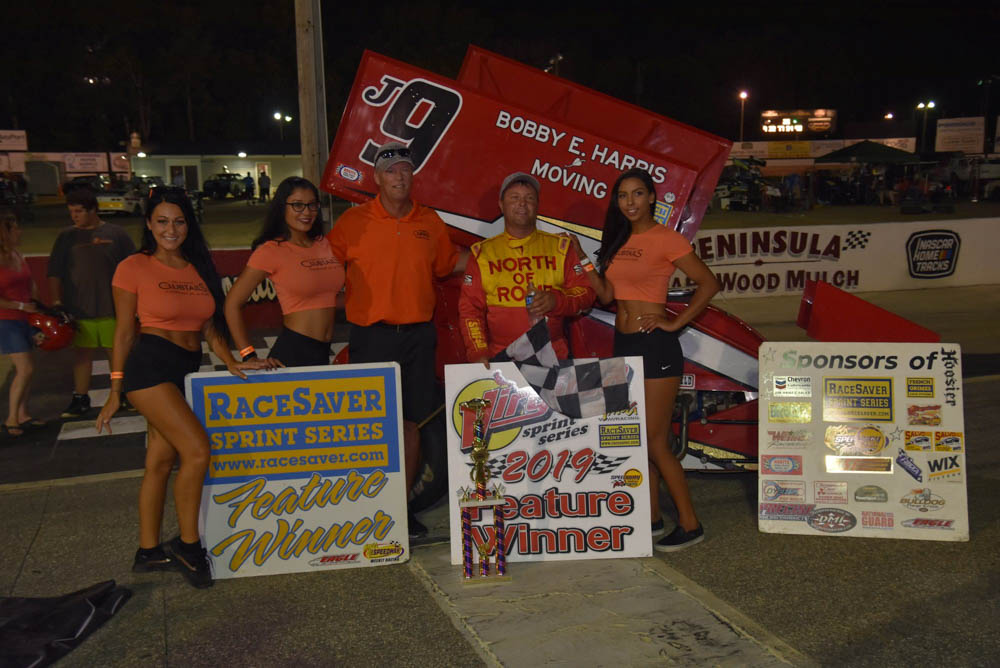 Virginia Sprint Cars 25 Laps: Matt Mullins and Bill Rice put their machines on the front row which was determined by the earlier heat races. The field would be made up of nine competitors when the green flag flew and coming around to lead lap one was Bill Rice. But quickly on the move would be Jerald Harris as Rice had no choice but to let him go. On back it was Jack Rice, Matt Mullins and Daren Bolac were the early top five. But at the front and blistering through the field was race leader Jerald Harris. Running 14.5 second laps, not long before the leader encountered race traffic and would pick them off one by one. While eyes were on the leader, Mike Laraas worked his way to third in a good run but this race was all Harris as he would lap all but two cars to win the Virginia Sprint Cup feature. Jerald Harris in Victory Lane, “It was going pretty good, probably could have tightened it a shade more but a local guy told me that the track tightens as it rubbers down and gets cooler. It’s a pleasure to come down here, this is one of the biggest crowds I’ve raced in front of all season long”.