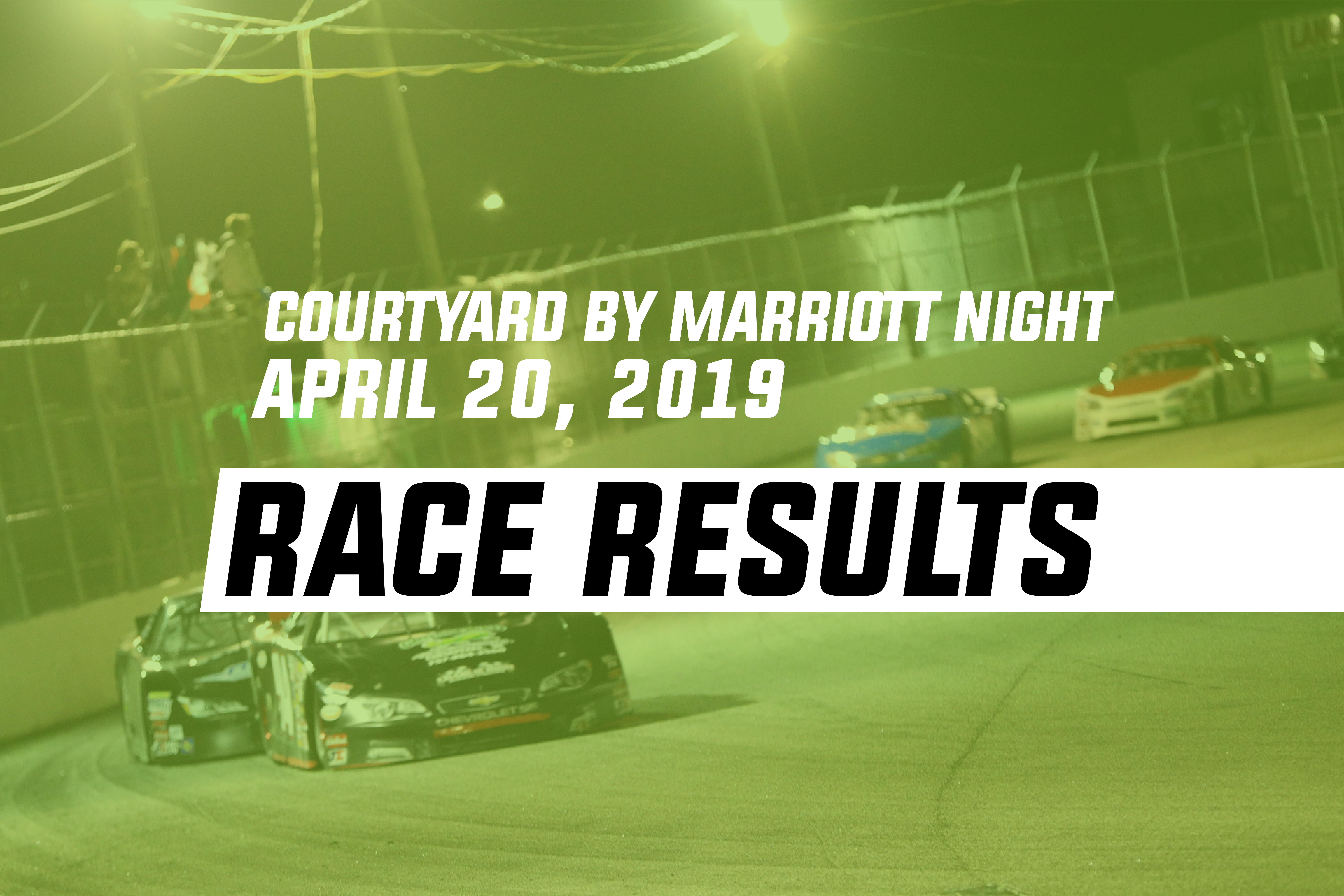 ERA Real Estate Winged Champ Karts 20 Laps: Jeffrey Johnson would show the field to the green with his pole setting run at 22.999 seconds. Jake Harberts had the next fastest lap getting the shotgun start in row one. Chris Bechtel, Jeremiah Strandberg and Matthew Leach were the five quickest in a very strong sixteen car field. With the green waving high in the air, Jeffrey Johnson followed closely by Chris Bechtel comes around to lead lap one. Early movers saw Davey Millard and Tim Waltrip coming to the front. In a four car tandem were the leaders just shy of the halfway consisting of Johnson, Bechtel, Harberts and Millard. Soon after and still on the move, Davey Millard took a turn at the lead bringing Harberts along with him. Laps later the four car tandem was reduced to three when the beating and banging ensued leaving the leaders to settle the feature. Last lap and the race winning pass was made when Jake Harberts got the push from Chris Bechtel leaving Danny Millard to settle for third. Jake Harberts goes to Victory Lane, “I definitely needed Chris’s help to make that pass, Davey did a great job blocking me on the backstretch. I still had a little bit of momentum coming out of four just to get him. Had he not been the one who won two weeks ago I wouldn’t have been as aggressive as I was. I really wanted to get this win, this is fun”.

Cycle City Corp Bandoleros 15 Laps; Ryley Music got his second pole position of the season nailing down a 20.973 second lap. Layton Harrison posted a lap worthy of second in the eleven car grid. Wyatt Philyaw, Logan Clark and Jacob Derrick completed the Bandoleros five best in afternoon qualifying. Green flag was shown and pole sitter Ryley Music lead the field into turn one. With the advantage of the start, Music lead the field as lap one went up on the board. Wyatt Philyaw picked up a spot running second as Jacob Derrick picked up spots showing third. After the races first caution on lap three, racing resumed with Ryley Music as the leader. The Bando race series were able to get in another lap in before the second caution halted the race. One the next restart, Wyatt Philyaw would lead the lap but contact with Ryley Music allowed Music to get back the lead. Taking advantage also was Layton Harrison who soon set his sights on the race leader. Halfway came and went showing the race leader Music in his grove and pulling away. After a series of cautions and just before the restart, race leader Ryley Music was spun by Wyatt Philyaw under caution. With the two racers having to start from the rear, Whitney Meggs assumed the race lead. Brother Alex Meggs was second and hot on the trail of the leader. Suddenly on the last lap, Alex gets into sister Whitney and both go around from contact. With just four cars left, the Bando drama didn’t stop as with one lap to go, contact between Alex Meggs and Wyatt Philyaw ended with Philyaw taking the checkered flag. Philyaw had this to say about the Bando series thriller, “Got loose in three, kept trying to pass, it was a great battle for the lead between me, Ryley Music and Jacob Derrick at the beginning of the race. Just got loose over there in three and had to drive my way back through the pack”.

Pepsi Grand Stocks 40 Laps: Sammy Gaita picked up his second Grand Stock series pole of the season with a lap set at 17.780 seconds. Tim Wilson earned a share of the front with his lap as Jimmy Adkins, Dale Nichols and Paul Lubno as the five best in qualifying. Green flag was shown and coming around to lead lap one would be the pole setter Sammy Gaita. Jimmy Adkins cleared Tim Wilson for second and Paul Lubno from the five spot was showing fourth as the early mover in the field. Still early in the feature, Adkins, Wilson and Lubno nose to tail battled for second. While the bumpers were making light contact, race leader Sammy Gaita was building up a half a straightaway length lead by the time the halfway went up on the board. Laps later, Paul Lubno realizing the leader was getting away had to use the bumper to get to second on the grid and needing a caution. But in the second half of the feature, the race lead would prove to be to much in the caution free event as Sammy Gaita dominates the Grand Stock feature. Gaita from Victory Lane, “There’s so many people that make these things happen, will go ahead a choose God since its Easter weekend. But this wouldn’t have happened if not for Robbie making a decision earlier that really made the difference. I didn’t no whether to agree with it or disagree with it but he made the decisions and made the changes and here we are. So, if we stay like that, will win a few more this year”.

Cycle City Corp Legends 25 Laps: Ryan Matthews picked up were he left off from the last Legend series event by collecting the pole for the second time this season. Cameron Bolin in his first visit to the speedway sat his machine in the front row starting second. Tyler Lester, Matt Dail and Devon Courtney were the fastest in an impressive seventeen car grid. Green flag was given and pole sitter Ryan Matthews showed the field into the first corner of the .397 mile oval. Green was given and its Ryan Matthews who lead lap one. Matt Dail from fourth goes to second while the rest of the grid sorts itself out. Laps later as Matthews, Dail, Bolin continued to battle in the early goings, the race experienced its first caution when Connor Jones went around. Back to the green and nearing the halfway, Ryan Matthews continued to lead as Matt Dail tucked in behind the leader for second. But on the move and powering his way through would be Spencer Saunders who soon took second when the race was stopped for its second caution. Green flag racing was back on the track as Ryan Matthews would win the restart but then the third race caution happened as there was only eight laps left. Restart to the event saw Matthews maintain the lead as Saunders settled into second and looking to run down the leader. But having to race Matt Dail for second allowed the leader to get away and Ryan Matthews goes on to win the Legends series event. Matthews from Victory Lane, “After that first restart, I knew we had a good car. We pulled four to five car lengths over the field and I just decided to hit all my marks. My spotter Justin, kept me calm all race, I was really worried about the restarts, I’m not the best at those and I’m still working on them. Everyone behind me raced me clean and I really appreciated that. The car was perfect all day and we didn’t touch the car at all”.

Bojangles U-Cars 25 Laps; Brandon Wood continued his early UCar series success by collecting his second series pole of the event. Clicking off a lap at 19.077 seconds, denied Mike Farley who was only thirteen thousandths of the pole time. Flagman Shane Synder gave the field the green to begin the race feature. Leading lap one would be Austin Davis from the third starting position. Brandon Wood settled in for second as Tyler Borden would show third in the early laps of the event. Following the line of the leader, Woods who won last time out in the division seemed to haunt the race leader Davis’s every move. After a brief caution to the race, Austin Davis would still show the way in the event as Brandon Wood continued to chase down the leader. Joining the fray now was Mike Farley as the leaders were all less than a car length of each other as the halfway goes on the board. Latter stages of the race saw Farley digging hard but brought out the races final caution with his spin. One last restart and Brandon Wood seemed to hesitate allowing race leader Austin Davis to pull away. Wood could not reel in the leader as Austin Davis wins the UCar feature. Davis in Victory Lane, “Car felt great tonight, really good but gotta thank Chris and Landon Florian for getting that part for me or else I couldn’t be able to race tonight. Yeah, the car felt like a spaceship”.

Harris Truck Shop Super Trucks 25 Laps: Chase McAdams in his first appearance of the season took the Super Truck series pole. Posting an 18.939 second lap, easily knocked Shannon Lester off the provisional pole but secured his spot on the front row in second. Rounding out qualifying’s best followed Ronald Klein, Rick Poust and Keith Wheeler as the top five. With the green flag in the air, Chase McAdams easily cleared Shannon Lester to secure the point. Tommy Gildea would pick up a spot showing second. Soon after, the field were all single showing leader McAdams with a three truck race lead. Then the races first caution when Keith Wheeler and Jacob Carr somehow became tangled in turn three. Back to the green, McAdams continued to show the way. Rick Poust was soon on the move showing second as Ronald Klein gave chase. As Klein and Poust battled, McAdams didn’t mind as he distanced himself by six lengths before Klein passed Poust for second just after the halfway. Laps later, Ronald Klein would knock off two lengths but could not do any better as Chase McAdams goes wire to wire and to Victory Lane. McAdams had this to say, “I don’t know if y’all saw it but right after that caution, I got comfortable, stuck my hand out it was handling so good. Its on a rail, its always been good to me, ten years in this truck and it’s been dominate”.

Larry King Law Modifieds 50 Laps: Shawn Balluzzo picked his second pole of the season boasting a 16.258 second lap. Brad Adams earned the two spot in the grid with Matt Carter, Bubba Johnston and Matt Morgan as the Modified series best in qualifying. Green flag was shown to the field as pole sitter Shawn Balluzzo lead lap one. Brad Adams from the two spot had his hands full of Matt Carter but Adams would hold on to second. But the battle had consequences as race leader Balluzzo pulled out a twelve car race lead. Several laps completed in the green flag run as Balluzzo continued to lead. Giving chase was Adams, Carter, Johnston and Harrell as the leader continued to put distance against the field. Halfway in the feature and so far, caution free, Balluzzo was having his way. Then the races first caution when Louie Pasderetz goes around and comes to a stop in turn four. Restart to the race and Balluzzo would have nothing to do with the rest of the competitors. The race leader easily secured the point coming out of turn two leaving Adams and Carter to settle the two spot. Adams however was able to close in on the leader but the laps ran out as Shawn Balluzzo goes on to pick up win number three on the season. Balluzzo in Victory Lane, “The guys have always been working on the car really hard while I’m tied with Bryce. She can’t wait to get back to the track and see all her friends and all the fans. Appreciate everyone hanging in there with the rain and all my guys working on the car. Of course, the track for having the race, the track did a good job getting it in for us”.