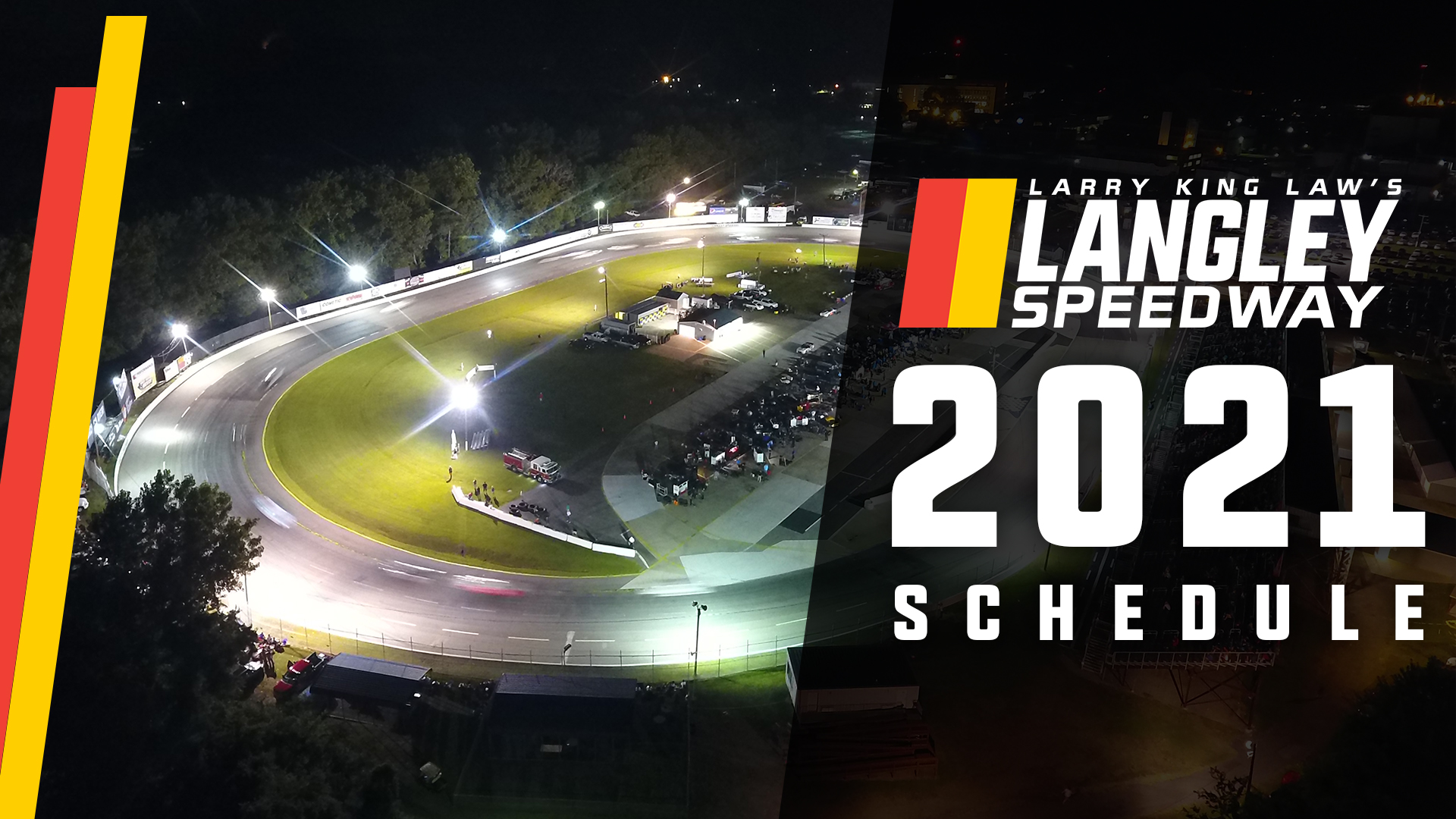 HAMPTON, Virginia – Larry King Law’s Langley Speedway released their full 2021 schedule today totaling 31 events between March and October of next year. This comes after a rollercoaster 2020 season which was postponed from its original start date in late March to July 4th weekend with a condensed schedule to finish out the year due to the ongoing COVID-19 pandemic. The 2021 schedule will kick off with the annual Spring Day of Destruction on March 13thfollowed by opening night for the NASCAR Advance Auto Parts Weekly Series on April 3rd.

The ever popular Armed Forces Night will take on a new look in 2021 with 5 divisions now all taking part in chasing the Commander’s Cup with 5 drivers in each division representing all branches of the military with a grand total at the end of the night determining which branch will win. The grandstands will also be divided into 5 sections for each branch. Monster trucks will make their return to Langley on May 28 & 29 and September 24 & 25 after taking 2020 off.

The CARS Tour will make their yearly visit on June 5th with the 13th Annual Hampton Heat, now dubbed “America’s Hottest Race” taking place on July 17th with drivers from all across the Mid-Atlantic region chasing after the $10,000 payday at the finish line.

After originally taking place on October 31st of this year, the Shawn Balluzzo Memorial 100 will move to August 21st, 2021 to give the event its own dedicated night to remember the legacy of the late Shawn Balluzzo. This event will also now be a non-points race for the track after previously being the final points race of the year for the modified division.

The 2021 racing season will wrap up its racing portion on October 9th & 16th with 10 champions being crowned over those two nights followed by the Fall Day of Destruction on October 23rd. In addition to this schedule, Langley will start the 2021 Wacky Wednesday season on May 12th along with the recently formed Langley Drift Club running a full schedule to be released at a later date.

Missing from next year’s schedule is the Pro Six division which is currently TBD for 2021. The track’s goal is to work with drivers and teams over the off season to secure a strong future for the division with news regarding its 2021 schedule to be released at a later date.

The full 2021 schedule can be downloaded here.