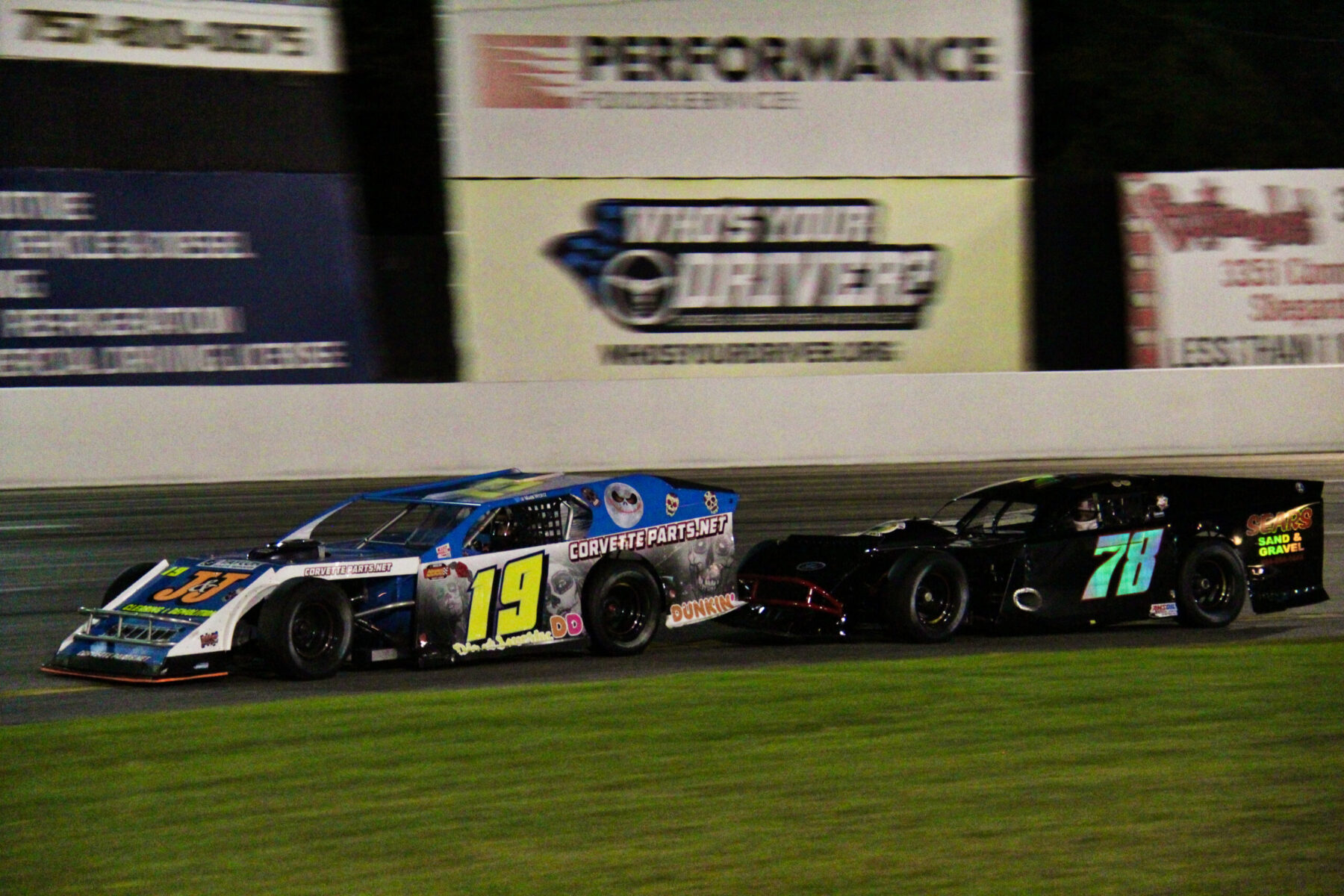 As we continue to peel back the layers of the 2021 season, all eyes will now be on the remaining six divisions (Modifieds, Grand Stocks, Pro Six, Super Trucks, UCAR, and Karts) who will kick their 2021 season off this weekend on Performance Food Night.

Teams will have their first shot at defending their titles from the previous year while we witness new teams rise to the top of the standings as drivers make the climb up the divisional ladder. One thing we already know for sure going into this weekend is a new championship campaign will begin for someone in the Larry King Law’s Modified division as defending champion Mark Wertz will not be making a return.

“We built two brand new CorvetteParts.net, Dunkin Donuts, Bayport Credit Union Late Model Stock Cars so I will be running full time for a championship there,” Wertz said on his decision to step away from Modified competition. “We are currently working however on something to possibly come and defend that win but more on that to come.”

With the threat of Wertz gone to defend his title crowning only the fifth different champion in the fourteen years the modifieds have been a staple at Langley Speedway are all but guaranteed. With that being said, the odds on favorite before the green flag is even close to falling is none other than Matt Carter as he is coming off a six-win season last year.

“The odds are pretty high for me this year,” Carter said. “We had a very successful year last season with the exception of one race night. “I believe we are the best prepared for a championship season this coming year than we have been in all previous years. I’ve got a great team and great sponsors backing me this year. We are very excited to get this season started this weekend.”

With such a chaotic and tragic start to last season with the global pandemic impacting the start of the season and the sudden and tragic loss of a Langley Speedway legend, it’s pretty safe to say that everyone is ready to get back to the track, their home away from home, and get back to doing what they love on the weekends.

“[I’m excited] just being back at the track,” Carter went on to comment. “Seeing all my friends and race family again. My normal is being at the track every Saturday night.”

“Langley will continue to be our primary focus for our Sears Sand and Gravel, Extra Storage in Gloucester, Adam’s Flooring, State Farm agent Dayton Wiese, Paint Supply Co, East Coast Synthetics and SWAG Graphics Ford while running about three or four races at Dominion later on in the season,” Carter went on to say. “Mat Carter Racing will [also] be fielding a car for Paul DeBolt for three races at Langley later on in the season as well.”

Just because Carter enters the weekend as the odds on favorite does not mean you should start handing him the trophies and checkered flags now. We have seen time and time again that sometimes it’s better to be lucky than good. As the Modified division continues to grow and drivers work on their cars so will the level of competition.

“I anticipate the field being pretty strong this year,” Carter said about the level of competition throughout the field and his goals for the year. “I know guys are working hard on their cars and updating them for this season and from what I am hearing there should be a good car count with the closing of Southside Speedway. However, my goal is to win the 2021 Championship and win as many races as possible.”

Carter will have to make sure he keeps a close eye on things however as drivers like Brad Adams, Adam Medek, and Jammie Sample – who acquired a new car over the off-season –  look to find their way into victory lane this year as well.

“I just don’t know how fast we will be right out of the gate learning this new car and how stiff the competition is,” Sample commented. “Our luck has to turn around from last year too if we’re going to be in contention with our Portsmouth Armie Navie, Vinnys Pizza and Pasts 2, Bayport Credit Union, Coastal Virginia Auto Show, Guaranteed Auto Service, SlimJimmy Design Modified. We hope to do well and we are aiming to be a consistent top three car like we were in 2019.”

Racing is set to return to the famed .395-mile oval this weekend with practice rolling off at 2:00 PM EDT when general admission grandstands open. Qualifying is set to get underway at 4:30 PM EDT and will be streamed LIVE on Facebook for all of those who cannot make it out. The green flag is set to once again wave at approximately 7:00 PM. Make sure you hurry over to www.langley-speedway.com to get your tickets before they are all gone. If you are unable to make it out this weekend make sure to check out all of the action on NBC Sports Gold Track Pass.