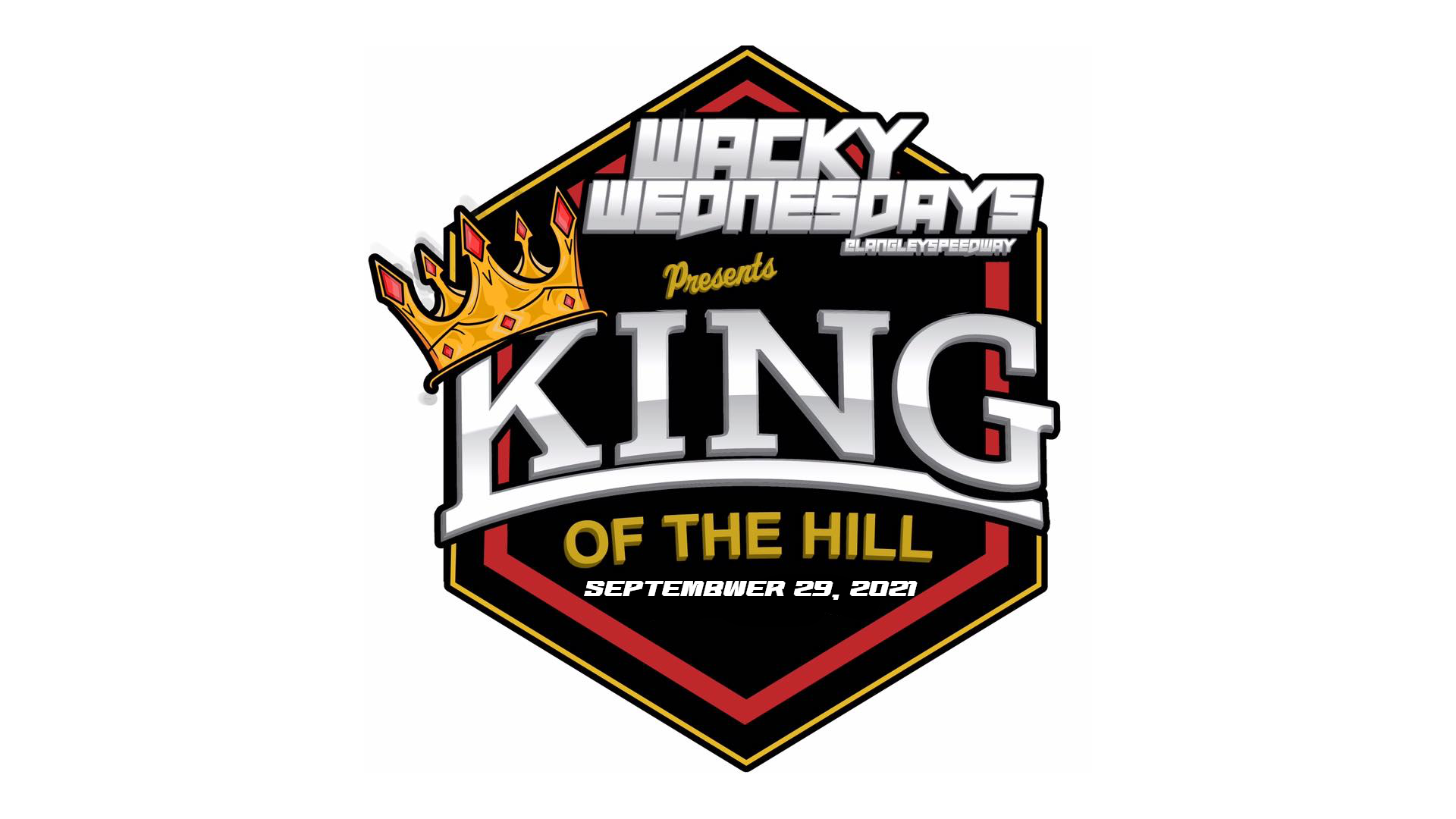 Hampton, VA – Just like any good movie or even better book all good things must come to an end. Wednesday will mark the end of the 2021 Wacky Wednesday season and for the first time Larry King Law Langley Speedway will crown two separate champions along with running the third annual King go the Hill double elimination bracket challenge.

“I would like to thank Bill Mullis and the Speedway and all staff for giving their time and giving us an outlet to do what we enjoy,” Stott said. “[My] wife and kids for being supportive while I spent many hours working on the car. Thanks to Tug Arnold, Donovan Jewel, and Bryan Laramie for always being ready to turn a wrench at a moment’s notice and most importantly the fans for showing up every week to to watch us make fast left hand turns.”

For the first time in Wacky history a One-on-One Championship was created to give drivers a new discipline of racing to master as time attack racing is much different than side-by-side racing. Drivers earned points throughout the season for either winning the A or B main feature and bonus points for winning the monthly King of the Hill events.

“I just want to thank Bill Mullis and Langley Speedway,” Arnold said after learning he had wrapped up the championship. “All the fans, friends, and family that helped me through diversity of the season with totaling my car and building another quickly and all of the track personnel for spending their time to put on the show for us.”

Competitors and officials will now turn their attention to the richest paying event of the season, the 3rd Annual King of the Hill Bracket Challenge. This will be a One-on-One only event where drivers will compete in a double elimination style bracket to see who is the best of the best on the season. Up for grabs at the end of the night will be bragging rights going into the off season along with $500 in cold hard cash – should 25 or more drivers register to compete, $350 will go to the winner should we have fewer than 25 competitors.

Additionally three drivers have earned a lock in spot to the Top 25 bracket based on accomplishments throughout the season. Tug Arnold and Bruce Leithead have earned their spot into the final twelve based on winning a monthly King of the Hill event throughout the season. Rick Stott will also be locked into the final twelve due to winning the regular season time attack championship. These three drivers will not have to compete until the round of twelve where they will begin their double elimination.

Registration and fan gates will open at 6:00 PM. Registration for all drivers will be $15. General Admission tickets are $7. Drivers meeting will get underway around 7:00 PM with on track action getting underway no later than 7:30 PM.