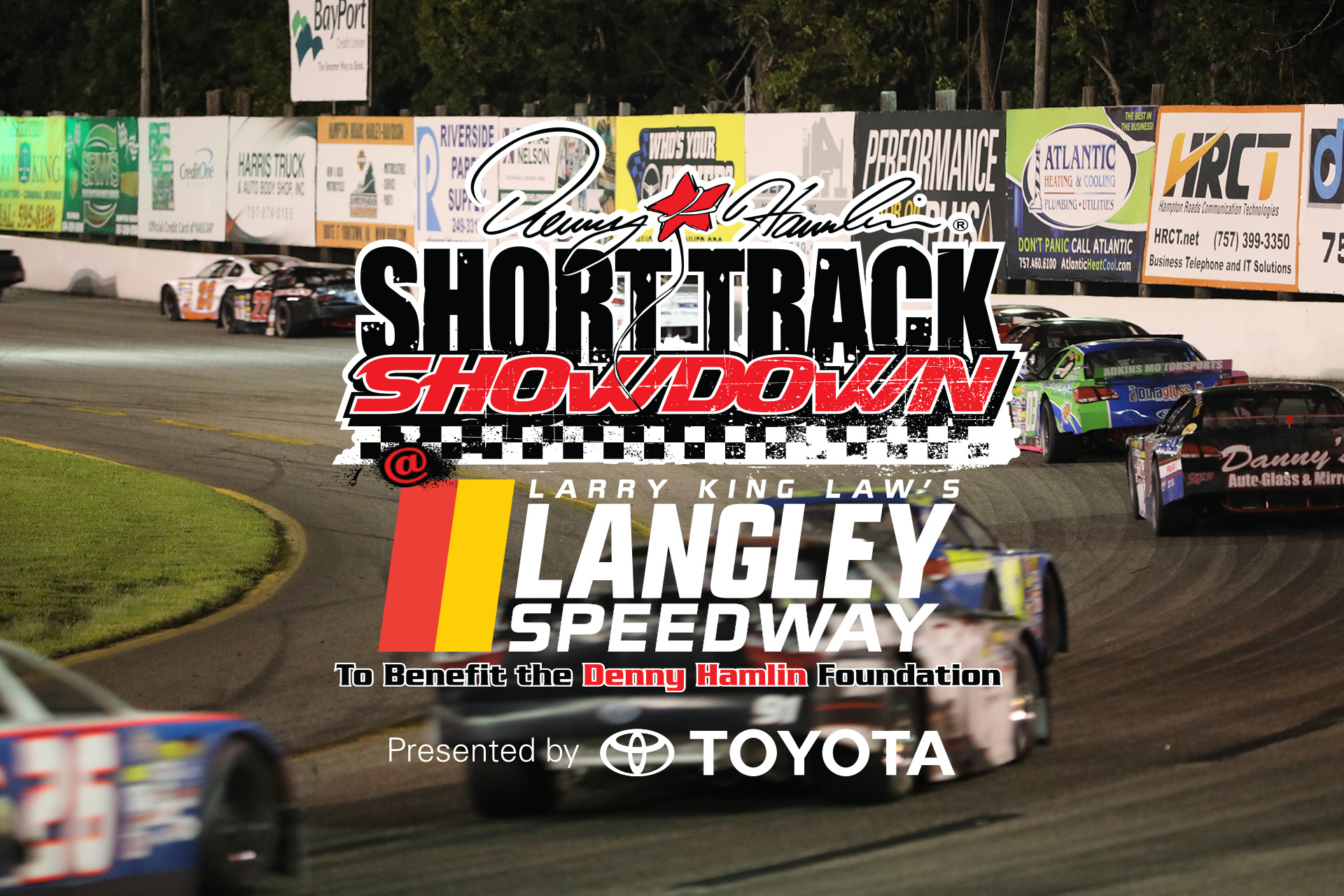 Toyota has long since been a supporter of both the event and the Denny Hamlin Foundation, but this is the first year where they’ve placed their name on the title of the 200-lap pro-am late model race for charity.

“Toyota is proud to put its name on Denny Hamlin’s short-track race at Langley Speedway,” said Laura Pierce, motorsports general manager for Toyota Motor North America. “Being involved in grassroots racing and local events plays an integral role in what Toyota does in supporting motorsports and being an active and engaged partner at all levels. To be able to partner with Denny, who does so much for those battling Cystic Fibrosis with his Foundation in the community of his home state, is something we’re honored to be a part of.”

Eli Tiller, from Powhatan County, Va., will serve as the event’s grand marshal. Tiller, 18, suffered a traumatic brain injury when he was three years old. Children’s Hospital of Richmond helped save his life by providing emergency care and ongoing therapy, and now Tiller stands to graduate high school this May. The Denny Hamlin Foundation has been a long-time supporter of Children’s Hospital of Richmond, and Hamlin began to build a connection with Tiller over the past several years at Richmond Raceway, where Tiller has become an adopted member of the Toyota Racing family.

Before the 2016 fall race at Richmond, Tiller signed a “Never, Never, Never Give Up” magnet that he gave to Hamlin on the starting grid. Hamlin kept it in his car as inspiration that evening as he went on to lead 183 laps on his way to victory lane. Tiller and his family travel the country sharing their story of hope and purpose after tragedy.

Tickets for Denny Hamlin’s Short Track Showdown presented by Toyota are on sale now at https://langley-speedway.ticketleap.com/. Advance tickets cost $25 for adults, $20 for seniors and military, $15 for kids 6 through 12, and free for kids 5 and under.

NASCAR drivers Hamlin, Busch and Timothy Peters are among those currently entered to race on April 19 at Langley Speedway, a 4/10-mile asphalt oval that hosts NASCAR Whelen All- American Series late model stock cars, the NASCAR WHELEN Modified Tour and the NASCAR K&N Pro Series East Tour. In addition, Langley has hosted the NASCAR Drive 4 Diversity program. The support series for the evening will be the Super Street Division.

Toyota (NYSE:TM), creator of the Prius hybrid and the Mirai fuel cell vehicle, is committed to building vehicles for the way people live through our Toyota and Lexus brands. Over the past 60 years, we’ve built more than 30 million cars and trucks in North America, where we operate 14 manufacturing plants (10 in the U.S.) and directly employ more than 44,000 people (more than 34,000 in the U.S.). Our 1,800 North American dealerships (nearly 1,500 in the U.S.) sold nearly 2.6 million cars and trucks (2.45 million in the U.S.) in 2016 – and about 85 percent of all Toyota vehicles sold over the past 15 years are still on the road today.