Hampton, VA (7-20-19)The race week fans at Larry King Law’s Langley Speedway have been waiting for, it’s the 11thAnnual Hampton Heat. The ten thousand dollars to win event would also serve as the second race event known as The Virginia Triple Crown which has become quite prestigious in the NWAAS Late Model division here in the Mid Atlantic. With the first feature already in the books at South Boston Speedway, then the stop at Langley Speedway. The series wraps up at Martinsville Speedway in October with seven thousand dollars going to the winner determined by the three finishes in the series.  Headlines going into the evenings race program was the heat with air temps hovering near the century mark. Track temps were reported around one thirty, Late Models were not the only show on this race date. The Cycle City Bandoleros and Legends series were on the schedule with the Legends participating in a National qualifier. The always entertaining Pepsi Grand Stocks were in action as was the Harris Truck Shops Super Trucks. Here’s the exciting recap of the all the race action. 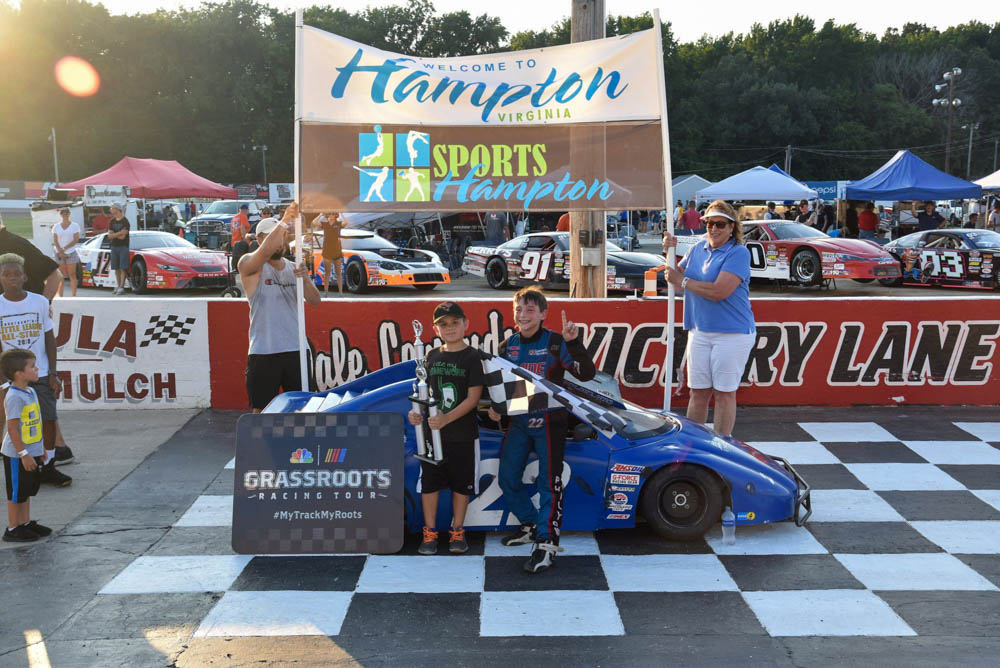 Cycle City Bandoleros 15 Laps: Wyatt Philyaw started the evenings racing by placing his Bando on the pole. His lap at 21.653 seconds took the spot with Ryley Music starting second just twenty seven thousandths off from the pole time. With the green waving in the air, pole sitter Wyatt Philyaw was the early race leader with Connor Weddell picking up a spot to second when the race was halted by an early caution. Back to the green, Philyaw would continue to lead but coming through the field would be Cody Bryant Jr to second after starting the feature from the rear. Laps later, the route used to get the front by Bryant which was from the outside was used in the same manner by Bryant to get side by side with the leader but could not complete the pass. At the halfway, the battle for lead between the two continued when this time, Bryant tried the leader low but couldn’t maintain the momentum to complete the pass. After another quickie caution, race leader Wyatt Philyaw would once again have a mirror full of Cody Bryant Jr. But a determined Wyatt Philyaw would not allow Bryant to make another move, Philyaw goes to Victory Lane by a .079 second margin at the stripe. Philyaw had this to say from Victory Lane, “Just been working at this all year, we got the pole and I just kept hoping and hoping. Gotta thank all my sponsors, gotta thank my mom and dad for helping me out with the car. So glad to finally make it back to Victory Lane after all year”. 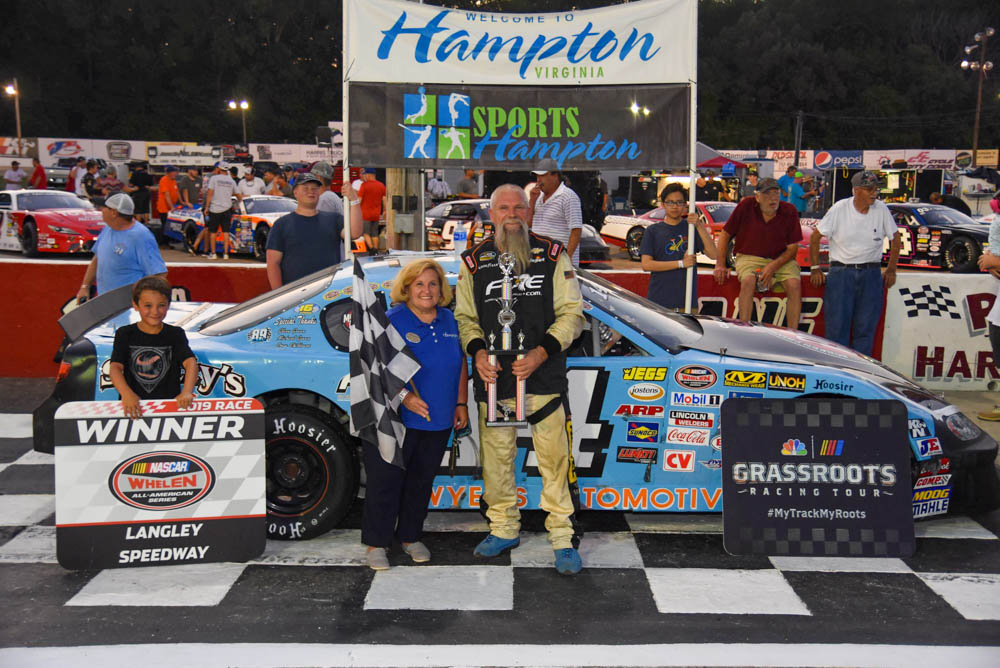 Pepsi Grand Stocks 40 Laps: Tim Wilson continued his qualifying tear by notching another series pole with a lap set at 18.217 seconds. Jimmy Adkins would collect the second starting position with his lap as Paul Lubno, Michael Waters and Dale Nichols were the five best in qualifying. Green flag was shown and Tim Wilson gets the whole shot out of turn one as the race leader. Paul Lubno had one of his own picking up a spot to second. Adkins settled in third with Waters fourth and Chris Roberts to fifth. With Wilson jumping out to a three car length lead, second spot Lubno would keep pace before the first caution period for Michael Waters going around. With the green flag once again over the speedway, Wilson wins the restart and continues to lead but the race would soon experience its second caution just laps before the halfway. With the green back in the air, business at the front picked up when Jimmy Adkins got the restart of the race forcing Wilson from his race line. Wilson would maintain but seeing an opening underneath came Paul Lubno in a three wide pass for the race lead. After another quick stop to the racing action, another thrilling restart would be on the way. With the green waving, Lubno would quickly jump out into the lead leaving Adkins and Wilson to settle second. After a three lap battle, Wilson finally got by Adkins for the spot. Meanwhile, Lubno created a ten car length lead and looking as if he was in cruise control as the leader. Late stages in the feature, race leader Paul Lubno would go unchallenged and on to win the Grand Stock feature by 1.538 seconds. Lubno had these words to say from Victory Lane, “We hung right in there, Tim Wilson and Jimmy Adkins are good drivers and they have some fast cars. Like I said, its whoever get the numbers right on the tires”. 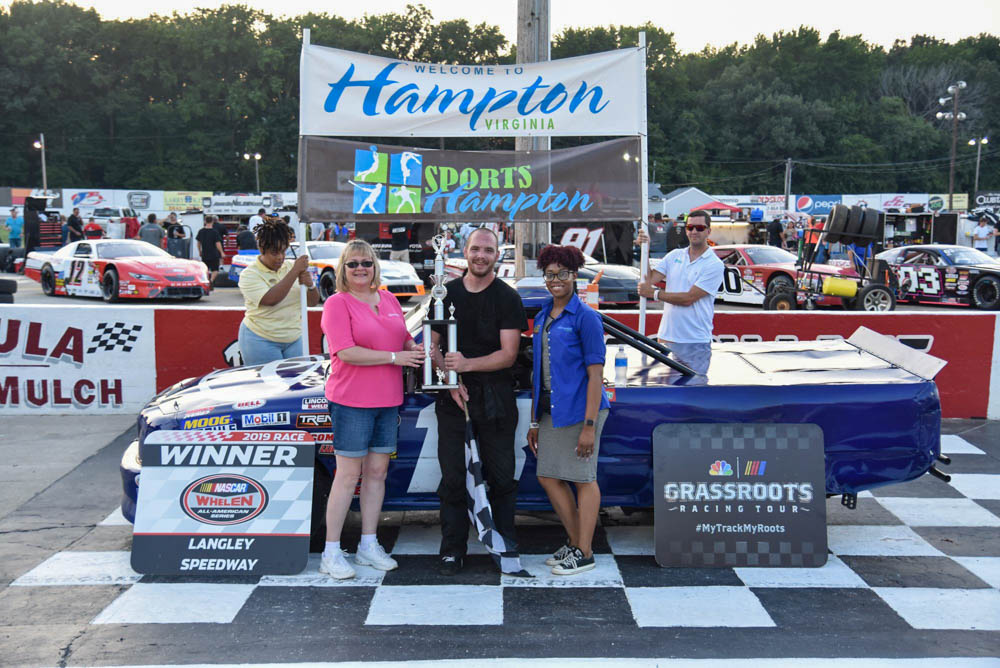 Harris Truck Shop Super Trucks 25 Laps: Chase McAdams would earn the pole in Super Truck division qualifying. The lap that took the pole was clocked in at 19.332 seconds with Rick Poust in a share of the front row. Ryan Huff, Keith Wheeler and Shannon Lester were the top five in qualifying. With the green in full display, the grid drove off into turn one and emerging as the early leader would be Rick Poust by a nose. Interesting how lap two saw the same thing as Poust once again lead lap two by a nose. On lap three, getting to the throttle first would be the pole sitter Chase McAdams who became the new race leader. Making some early moves would be Keith Wheeler to second as Rick Poust then occupied third. Suddenly, Wheeler began to close in on the leader but at the halfway point, a truck length was the best he could do. With the rest of the field all single file and spots going uncontested, eyes were on the leaders and could Wheeler get to McAdams? Late in the race feature, a brief slow down to the race action would bunch back up the field when Wayne Lyons came to a stop in turn four. With the green back in the air, six laps were left to decide the Super Truck series feature. With help from a few bumps from Wheeler’s front bumper, McAdams would secure the point by turn two. But back comes Wheeler who then slides up the hill and lost considerable ground to the leader. From there, McAdams would go on to win by a margin of 1.625 seconds. McAdams had this to say in Victory Lane, “Keith Wheeler had me sweating, if it wasn’t the heat it was Keith. Good race, great truck, can’t thank Jimmy enough, thank Langley Speedway enough. My dad, girlfriend, Taylor, Shannon Lester for helping me out in the pits. This is a great division, everybody helps each other, just glad to be back in Victory Lane.” 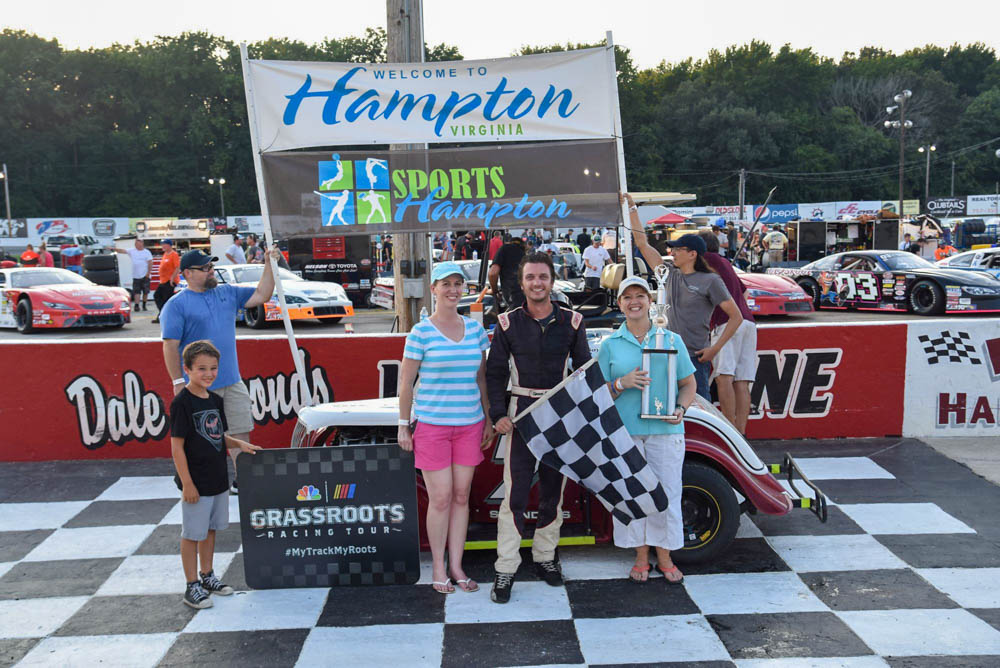 Cycle City Legends 25 Laps: Spencer Saunders collected the Legends series pole posting an 18.229 second effort. Ryan Matthews would start second just missing the pole by seven thousandths of a second. Connor Jones, Tyler Lester and Chris Hammett were the fastest in the afternoon time trials. Green flag was given to the grid and coming around from the outside would be Ryan Matthews to lead lap one of the Legends series national qualifier. But back would come the pole sitter Spencer Saunders to retake the lead. Not exactly convinced that Saunders was faster, Matthews would not be content with second as the battle for the lead continued. After a couple of taps to the rear of the leader, finally a car length’s separation would be achieved by the race leader Saunders. On back, Connor Jones, Tyler Lester and Ryan Center had a front row seat to watch the battle in third through fifth. Just before the halfway, Ryan Matthews would sneak underneath Saunders for the races third lead change but just when you thought it was settled back comes Saunders. With a bump to the rear, Saunders would once again become the race leader. Closing laps, Saunders managed to get away from Matthews by two car lengths. Nipping away at that lead would be Matthews but better through the lap traffic and going on to win, Spencer Saunders wins by a margin of .359 seconds. Saunders from Victory Lane, “It was all about patience that race, especially early in the race, I was kinda surprise how much pressure he was putting on me. But hey, you burn your stuff up you burn your stuff up, luckily, I had some left in the tank. How about that baby, we won again finally!” 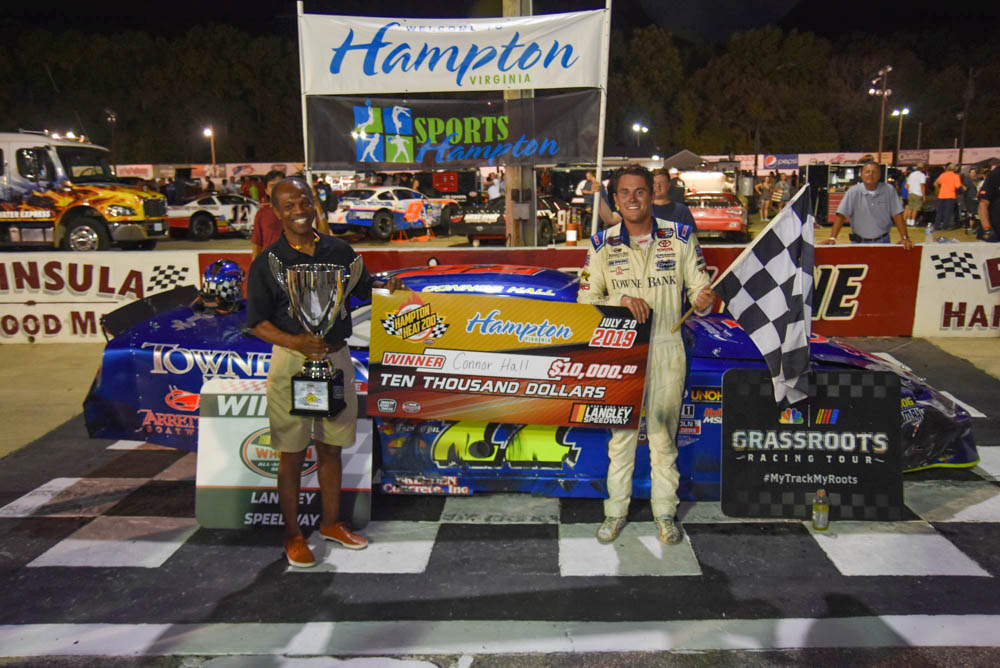