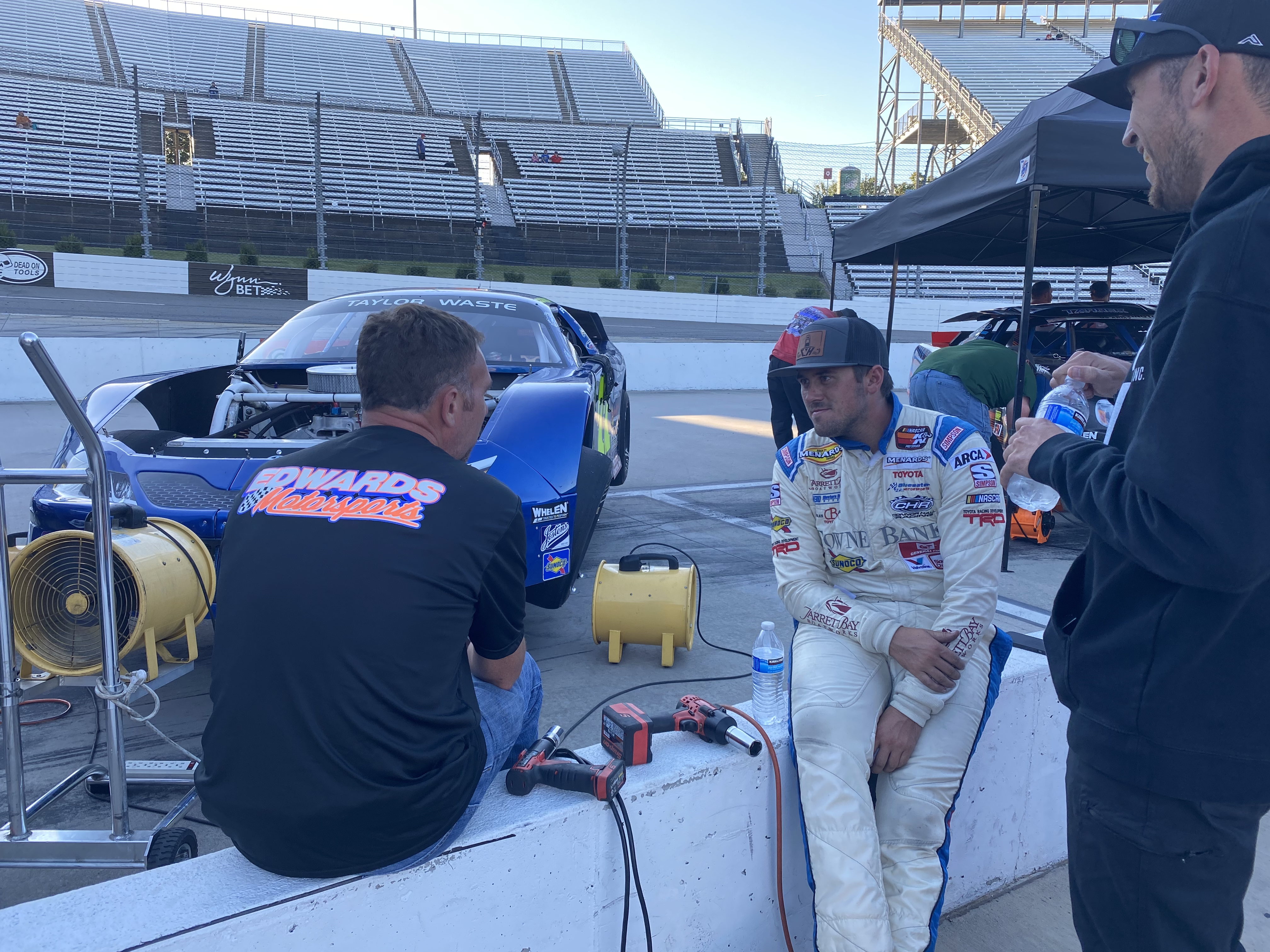 Ridgeway, VA  – Martinsville Speedway and the ValleyStar Credit Union 300 has been one of the crown jewel events since 1985. Some of the biggest names in stock car auto racing have competed in this prestigious event over the years and even fewer have been lucky enough to take home a Grandfather clock.

Larry King Law’s Langley Speedway will have six solid opportunities to bring a Grandfather clock home to Hampton Roads as Late Model Stock Car racing makes its return to the famed paperclip. After taking a year off due to the on-going COVID-19 pandemic more than eighty Late Model Stock cars have converged on the famous short track. Three of the top five drivers from the Taylor Waste Service Late Model Stock Car division along with a former division champion, a current two-time season winner, and a former Hooters Pro Cup competitor will attempt to qualify for this years event.

For those that are unfamiliar with the ValleyStar Credit Union 300 qualifying time-trials will set the front row for the 200-lap feature that will be run under the lights Saturday evening. The remainder of the field will then be split into four 25-lap heat races based on qualifying speeds. From their the field for the big dance will be set based on your finishing order from the heat races. 40 cars are scheduled to take the green flag and go to war for more than $110,000 in prize money.

“The car felt a lot better than I have,” Hall said after debriefing practice with his crew. “I am just really nervous admittedly. This is the biggest show in Late Model Stock Car racing right now and this is my first swing at it. It is not that I am nervous in our capabilities but I respect the competition.”

Even though this might be the biggest Late Model Stock Car event Connor has entered the young driver from Hampton, Virginia is certainly used to high pressure and high speed situations as well as working on his race car to make it work for him as he has found Dale Lemonds victory lane three times this year.

“I kind of shot myself in the foot and we could have waited for the sun to go down a little bit more,” Hall offered. “I think we can make the car a little bit better but overall I think we have a really good piece. Our goal all week as been to come here and just make the show and run all 200 hundred laps. If we can do that I will go home with a smile on my face and I think everyone else will do the same.”

Current points leader Brenden Queen wrapped up open practice with a 20.084-second (89.624 mph) lap which put him twenty-fourth on the speed charts and second within the Langley family. Queen, who can now be considered a veteran of the race, was happy with the car right off the trailer and staying within the top ten on the speed charts for most of the practice.

“We got kind of held up there when we bolted on different tires to try a qualifying run,” Queen said after practice. “We just kept catching cars every lap at the wrong time but this is by far the best car that I have had here so we feel really good going into tonight and the race tomorrow.”

Matt Waltz, who has essentially come out of semi-retirement this season, had a solid practice run this afternoon and felt good with the balance of the car with the tires that were on hand. Woody Howard spent most of the afternoon hovering around the top half of the speed charts until late in practice when the team experienced issues in the rear end. Justin Carroll, who is recently off a successful finish at Bristol in the ARCA series and a win at Langley chased motor issues all day but feels good with the balance of the car. Mark Wertz, who has also been to victory lane this year, broke a flywheel early in practice forcing his team to miss a good portion of practice.

Team will now turn their attention to single car qualifying as the sun has set over the speedway and the LED lights have been turned on.