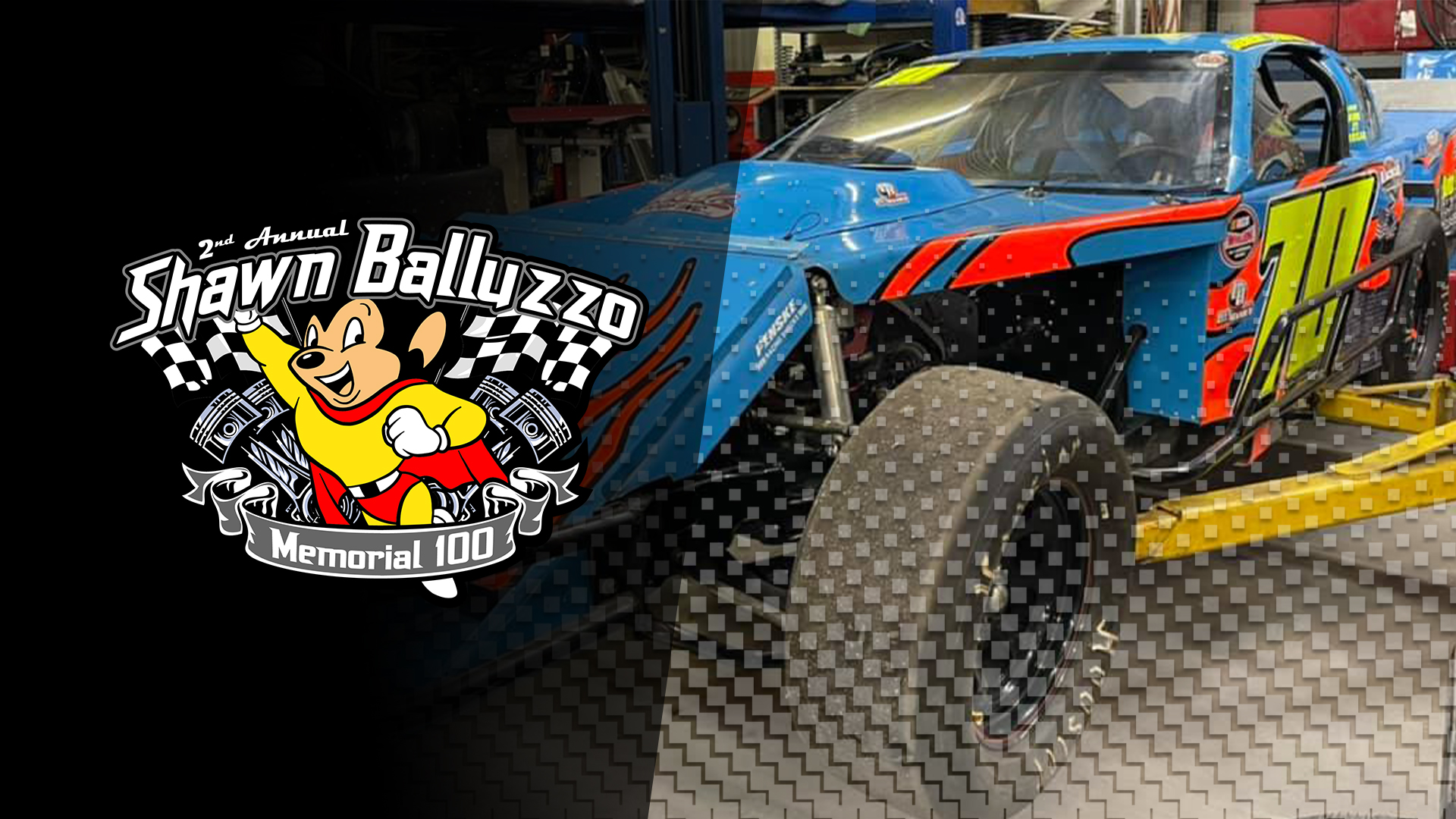 Hampton, VA – In an announcement made last night via the Jack Dodson Racing Insider News with Scott Allen, Florida Mod and Tour Modified driver Jeremy Gerstner announces he will make his return this weekend to race in the second annual Shawn Balluzzo Memorial 100 and will be bringing a second car for defending race winner – and most recent Taylor Waste Services Late Model Stock race winner Mark Wertz – to defend his race win with.

“To have Jeremy come all the way back up for this race for the second year in a row means the world to us,” Terri Balluzzo said on behalf of the entire Balluzzo family. “Jeremy came into our lives out of nowhere kind of and we just clicked. He gave Shawn a chance in a lifetime allowing him a shot at the Whelen Modified Tour and the two, like most people Shawn came in contact with became friends. To have him send a car up for Mark to race in honor of Shawn is just unbelievable. I know how much Mark wanted to be in this race again not just to defend his win last year but to honor his friend. We just couldn’t be more honored for all the support from everyone involved in this race.”

A relationship that practically came from an idea to help curve the decline in car counts in what is now the old Whelen Southern Modified Tour has turned into two racing families connected through the true and honest love of the sport. The Gerstner family will always have a special place in their hearts for Shawn and his family and is excited to make the return trip with hopes of taking that memorable trophy back home with them come this weekend.

“I had brought a backup car to a couple of tour races because the field was getting down to sixteen or seventeen cars so I brought another car and was having someone start and park it,” Gerstner commented on how he and Shawn became so close. “Jimmie Walker who was the tour director at the time told me he had a guy from Langley that was at the time and eight or nine-time champion in the Modified division that might have a little money to buy the tires to run this thing. So I got on the phone with him and realized he was a lot like me. He was a hustler, works his ass off during the week, and do some racing on the weekends with his family crew, I felt at home right away with him because I knew he was not going to go out there at tear my stuff up because he knows how much time and money it takes to fix it.”

From there a new bond was born between two racers who work their tails off for the sport they love. Gerstner was able to allow Balluzzo to check things off his racing bucket list that he might never have been able to do otherwise. After Balluzzo competed in a handful of Whelen Modified Tour races, including the legendary Bowman Gray Stadium, the two remained connected and grew closer as friends despite several states being between them.

“So Mark called me up and was saying how much it sucked he wasn’t going to be able to run this race this year because he didn’t have a car after he sold it,” Gerstner commented. “So I joked with him that I got the old Hummer, a nickname we gave to one of my old cars, in the shop that we would bring the car up to him so he can run. So Keith Wheeler who helps me a lot of the tour cars brought it up there to Virginia and they will work on putting a motor in it this week.”

Wertz, who set out to only run a partial season for fun, found himself in a situation like no other in 2020. In what was supposed to be a partial season sharing driving duties with car owner Bubba Johnston turned into various wins and a points lead that kept the Chesapeake native behind the wheel for the rest of the season where he would go on to win not only the Modified championship but the inaugural memorial race. Less than a week later Johnston and the team sold the car and started to focus all of their attention on the 2021 Late Model season leaving the division open for Matt Carter to dominate.

Wertz will have his work cut out for him that is for sure as he prepares a car not only unfamiliar to him and his crew but Virginia tracks in general. with over one hundred feature wins on the chassis he will be using this weekend the previous 2020 Larry King Law Modified champion will certainly be one to watch out for as he looks to keep his win streak alive.

Gates will open for race fans at 1:00 PM when rotating practice gets underway. Qualifying is set to get underway this weekend at 3:45 instead of 4:30 with the green flag set to drop at 6:00 PM – one hour earlier than usual. Make sure you get your tickets now online at www.langley-speedway.com and bring your kids out to the track for the annual Truck or Treat event.