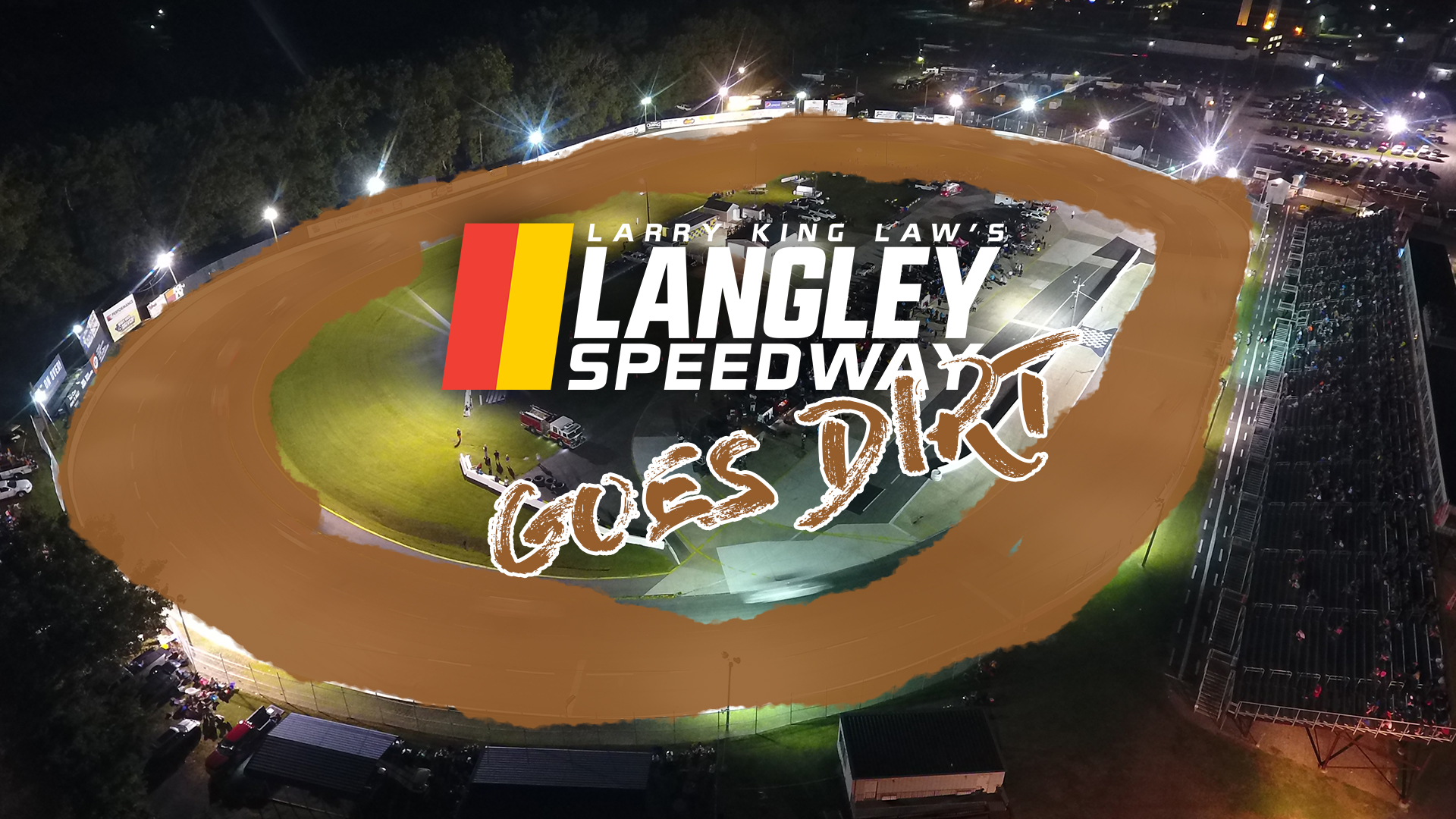 Hampton, VA –  After more than a 50-year hiatus dirt racing will make its return to Larry King Law’s Langley Speedway Later this month. After careful consideration and the recent success of NASCAR dirt weekend in Bristol, it only made sense to introduce dirt racing back to the weekly racing series. Langley Speedway will do just that this weekend as racing is set to return in 2021

“I got a phone call late Monday evening from Bill [Mullis] after the Truck and Cup race concluded and he told me he wanted to make it happen here at Langley,” Promoter and General Manager Vaughan Crittenden said. “I thought he was just pulling my chain as they say but he was serious. The next day on my way into the office I stopped off to get some work boots and shovels because we were going to have some work to do. We will be working around the clock starting later this evening to make this dirt race happen. There is a lot of work to do and not a lot of time to get it done.”

Thanks to a quick response from our partners over at Taylor Waste Services, truckloads of dirt will be hauled into the facility later this evening and throughout the night where the grounds crew will begin spreading it around the racing surface.

“Yes, we still plan to keep all of the regularly scheduled divisions for this weekend on the schedule including the Late Model Stocks,” Crittenden went on to say. “I have spent the last couple of days watching the Cup race back on my DVR and have learned a few things that we are going to incorporate like installing sprinklers all around the racing surface to ensure the track surface does not dry out. We ordered a few handheld windshield wipers from Amazon that usually go on side-by-sides to help keep windshields clean, we will also be handing out Swiffers to the drivers at the driver’s meeting to clean the dust from inside.

The idea came early this week as track owner Bill Mullis, along with 99% of the NASCAR community watched the NASCAR Truck & Cup Series tackle the Bristol dirt race Monday evening.

“I was sitting at home and started thinking why can’t we do this here at home,” track owner Bill Mullis said on the decision to go dirt. “I called up Vaughan later that afternoon and told him what I wanted to do. He thought I was going crazy but ensured he and the crew would get it done. Really looking forward to seeing our guys and gals get it done on the dirt this weekend.”