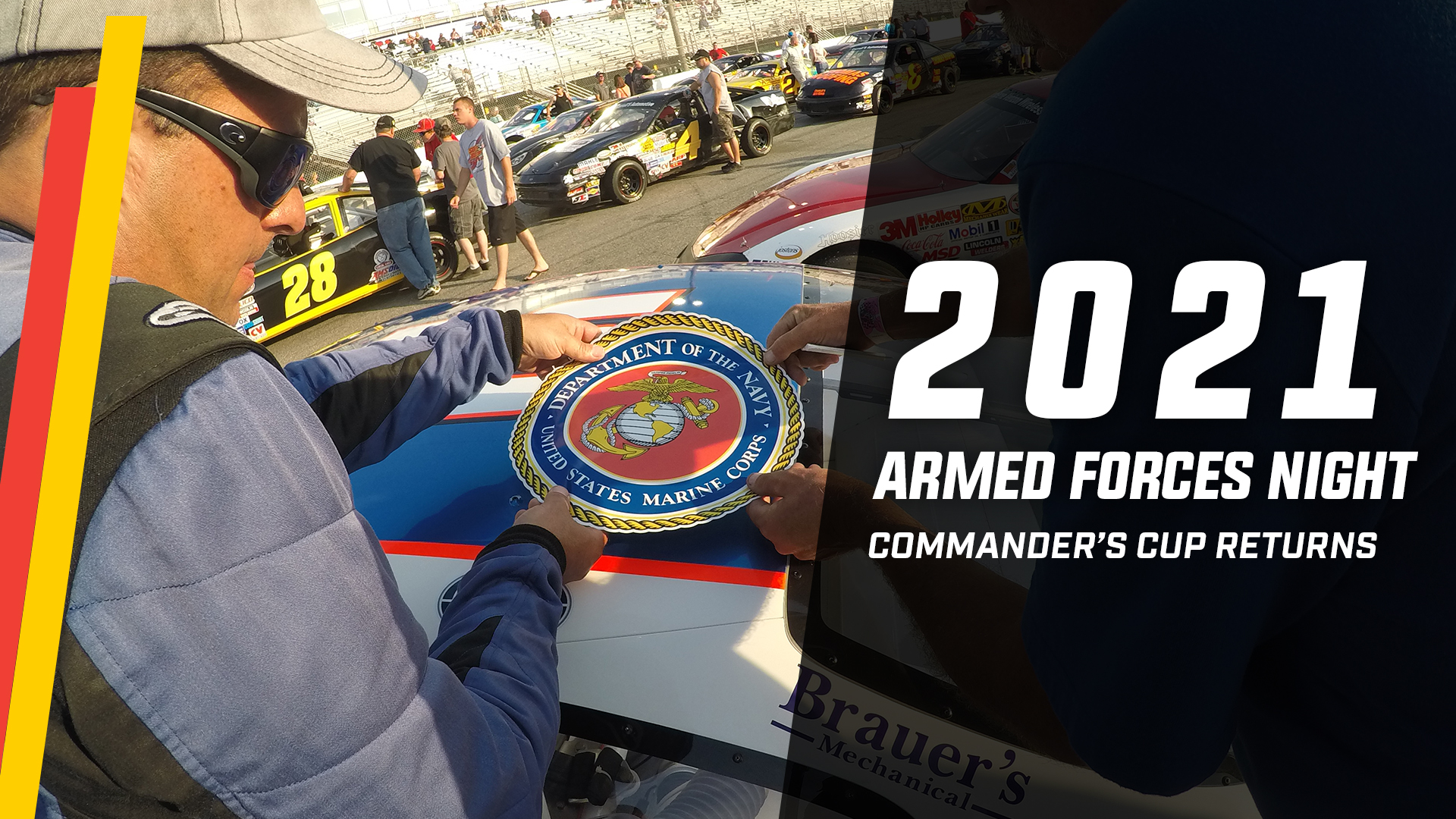 A tradition almost as time honored as the annual Hampton Heat is none other than the Commanders Cup. A race created to honor those who serve in one of the branches of the United States Armed Forces. The Commanders Cup will once again make its return this year as Larry King Laws Langley Speedway is set to host Armed Forces night this weekend. Drivers and fans, however, will be pleased to welcome a new and improved race format to crown this year’s cup.

All divisions will now have a hand in helping determine which branch wins the coveted Commanders Cup. Different from years past, where it was only the premier division who would have the honor of representing a branch of military including the National Guard, the top seven drivers in points from each division will now have that chance.

“We decided to change things up a little bit for this year,” General Manager and Promotor Vaughn Crittenden said. “The Commanders Cup got started with just the Late Models, then we introduced the Modifieds recently, but we wanted to find a way to get more involvement and our drivers really wanted to be involved in honoring our military. I think this will certainly create a little friendly competition throughout all of our divisions as well as create some more exciting racing as drivers battle to do their branch of the military proud.”

Drivers will assigned which branch of the military they will represent during the opening ceremonies of Wacky Wednesday by random drawing. This will also be broadcast on the track’s Facebook live at 7pm. The branch with the lowest average finish will be awarded the Commanders Cup. In addition, a select number of tickets have been donated to Joint Base Langley-Eustis and other local military installations for this weekend’s races. Drivers, crews, and race fans alike are not only invited but encouraged to don their favorite military branch gear and/or apparel to show off their favorite branch and to honor a family member, friend, or loved one who is currently serving.

Defending Super Truck champion Louie Pasderetz will be one of our active duty drivers competing in the commanders cup as an eight year veteran on the Navy.

“I would be honored to represent any branch, it’s one team one fight,” Pasderetz commented. “We all signed up to defend the same constitution and respect and honor the same flag. We are all brothers and sister and I my just honored to be able to represent this great country. If we could get a win on armed forces night would be incredible to be able to go to victory lane with a military branch sticker on our race car would mean a lot to me and my entire team.”

Pasteredtz won’t be the only one racing that evening. Rick Poust, who is active duty Navy, will also be competing for a win on Armed Forces night in the Super Truck division as well.