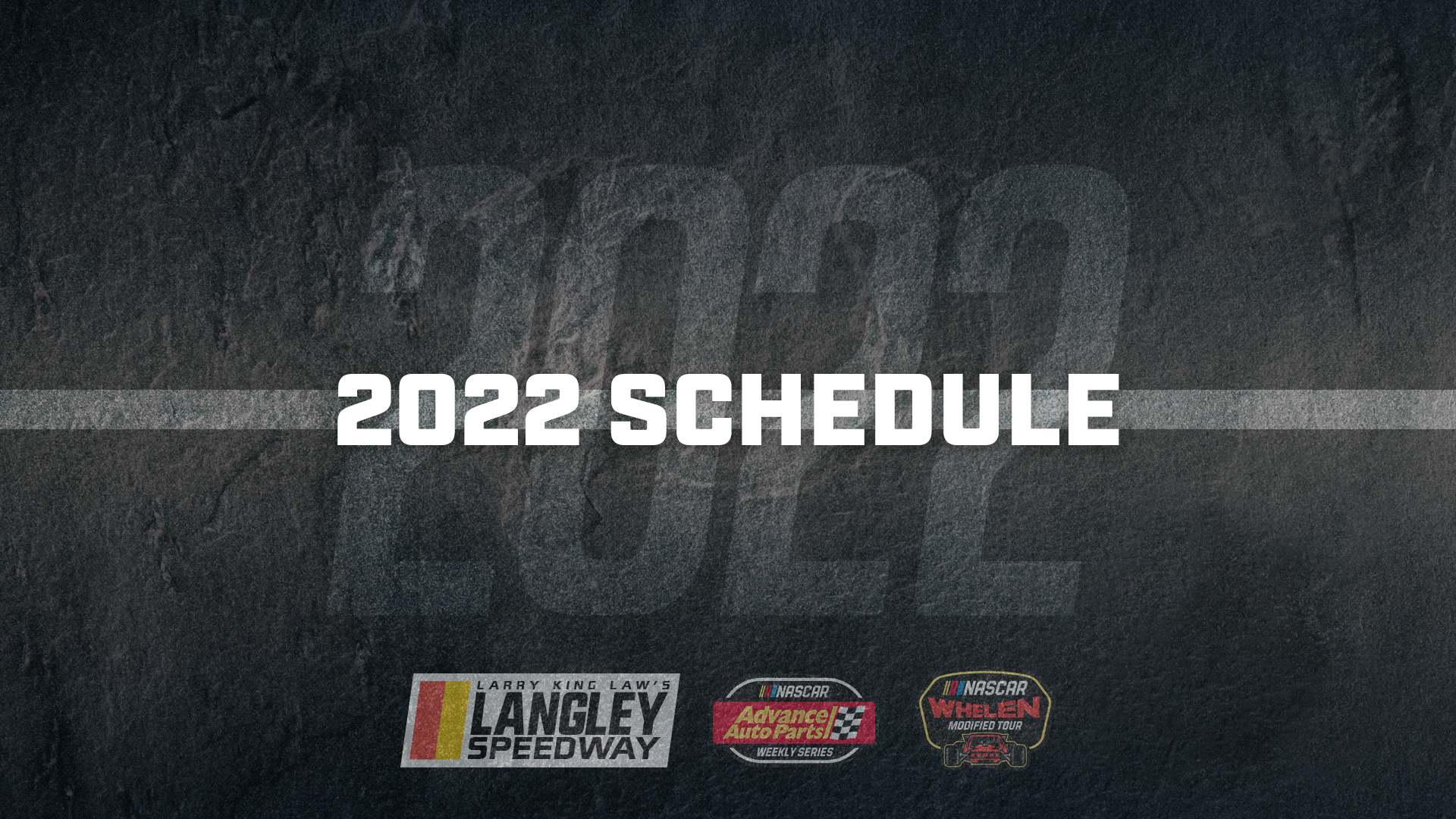 The first green flag of the season falls when the NASCAR Advance Auto Parts Weekly Series returns to action on April 9th with 6 divisions. April 16th will mark the debut of Langley’s newest division, the limited late models, along with 5 other returning divisions. The ever popular Armed Forces Night will take place on May 14th with 7 divisions all chasing the Commander’s Cup with 5 drivers in each division representing all branches of the military with a grand total at the end of the night determining which branch will win.

The CARS Tour will make their yearly visit on June 4th and the Virginia Sprint Car Series will be back on July 2nd along with the annual fireworks show.

The 14th Annual Hampton Heat, known as “America’s hottest race” will take place on July 24th with drivers from all across the Mid-Atlantic region chasing after the $10,000 payday at the finish line.

After originally being scheduled for April 23rd, the NASCAR Whelen Modified Tour will make its anticipated return to Langley on August 27th for a 150 lap feature and the 3rd Annual Shawn Balluzzo Memorial 100 will take place on October 1st.

The 2022 racing season will wrap up its racing portion on October 1st & 8th with 12 champions being crowned over those two nights followed by the Fall Day of Destruction on October 15th and Monster Trucks on October 29th. In addition to this schedule, Langley will start the 2022 Wacky Wednesday season on May 11th along with the Langley Drift Club running a full schedule to be released at a later date.

The full 2022 schedule can be downloaded here.