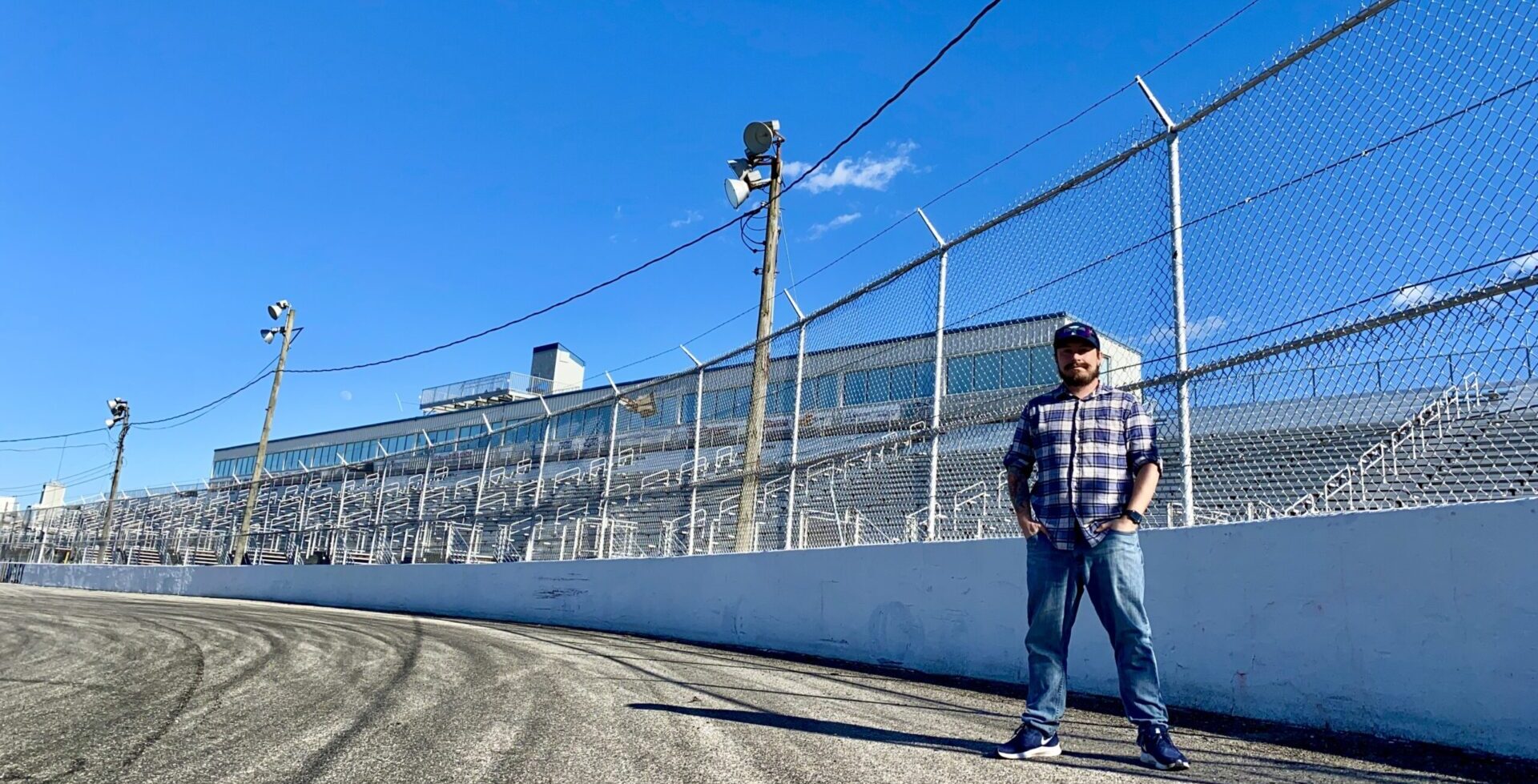 Faces and roles continue to change within the confines of the historic .395-mile oval located in Hampton, VA. However, the one thing that hasn’t changed is the drive to continue to make Larry King Law’s Langley Speedway the premier short track in the nation. Revamping the track’s website was just one small step in maintaining this goal. Bringing Justin Kern on board from The Weekly Racer to help produce content for the new website as well as handle the week-to-week media functions was another small part of that larger goal.

“Having a fully functional, aesthetically pleasing, and smooth website is one thing,” Vaughan commented on the decision to bring Justin onboard. “Having someone to produce original and quality content is another. Justin brings a lot to the table coming to us after running a successful independent media outlet over the last seven years covering short track racing throughout Virginia and North Carolina. He has extensive knowledge of our history, an amazing relationship with all of our racers, and not to mention an honest passion for this place, combinations like that are hard to come by.”

Justin comes to the Langley Speedway team after founding The Weekly Racer platform where he spent the last seven years highlighting the local stars that make up the weekly racing series. A concept that came to him back in 2013 one Saturday night as he was sitting in the same seat he had sat in on Saturday nights since he was in the sixth grade. From there he has worked with local K&N teams, covered some of the largest races Virginia has had to offer, as well as several NASCAR Cup Races. In addition to his print and photo work, Kern also created, produced, and edited a bi-weekly podcast with now Xfinity spotter Jesse Vaughan as well as served as one of the camera-ops for the widely successful NBC Sports Gold Track Pass team.

“Racing is one of my passions, it has been since I was little, I am just lucky enough to have something like this in my backyard,” Kern said. “I have always wanted to be apart of this team somehow. Racing just wasn’t in the cards for me at a young age because of things we were dealing with in our family and writing was something that I found I was good at and really enjoyed. That was the whole idea behind The Weekly Racer if we are being honest. I wanted to find a way to get behind the pit wall, learn more about these drivers and teams and tell their story and I was having a blast with it.”

This will become Justin’s primary role going into the 2021 season. Producing content for the speedway’s website and social media platforms that highlight the Langley Speedway family. In addition, Justin will take over the role of handling all media-related items such as race results, media/photo requests, as well as media inquiries for drivers and speedway staff.

“I am really excited about this,” Justin commented. “There are just so many things on the horizon that race fans are going to want to be apart of. We have a really good Track Pass team returning and we are looking into ways of making that experience better, making ticket purchasing quicker and safer for our fans, and hopefully getting back to a packed house soon. I am also really excited to be able to work with our race family – as well as our local media partners – to tell their story, bring our amazing fan base just that much closer to their favorite drivers.”

Action is set to return on March 13th for the Spring Day of Destruction. Mor information about tickets will be released soon. NASCAR action is set to return Saturday, April 3rd.  For all media-related inquires – media/photo Credentials for the 2021 season, driver availabilities, or any press related item please send all emails to justin@langley-speedway.com. Only media inquiries will receive a response, for further information regarding Langley Speedway please call (757) 865-RACE (7223).